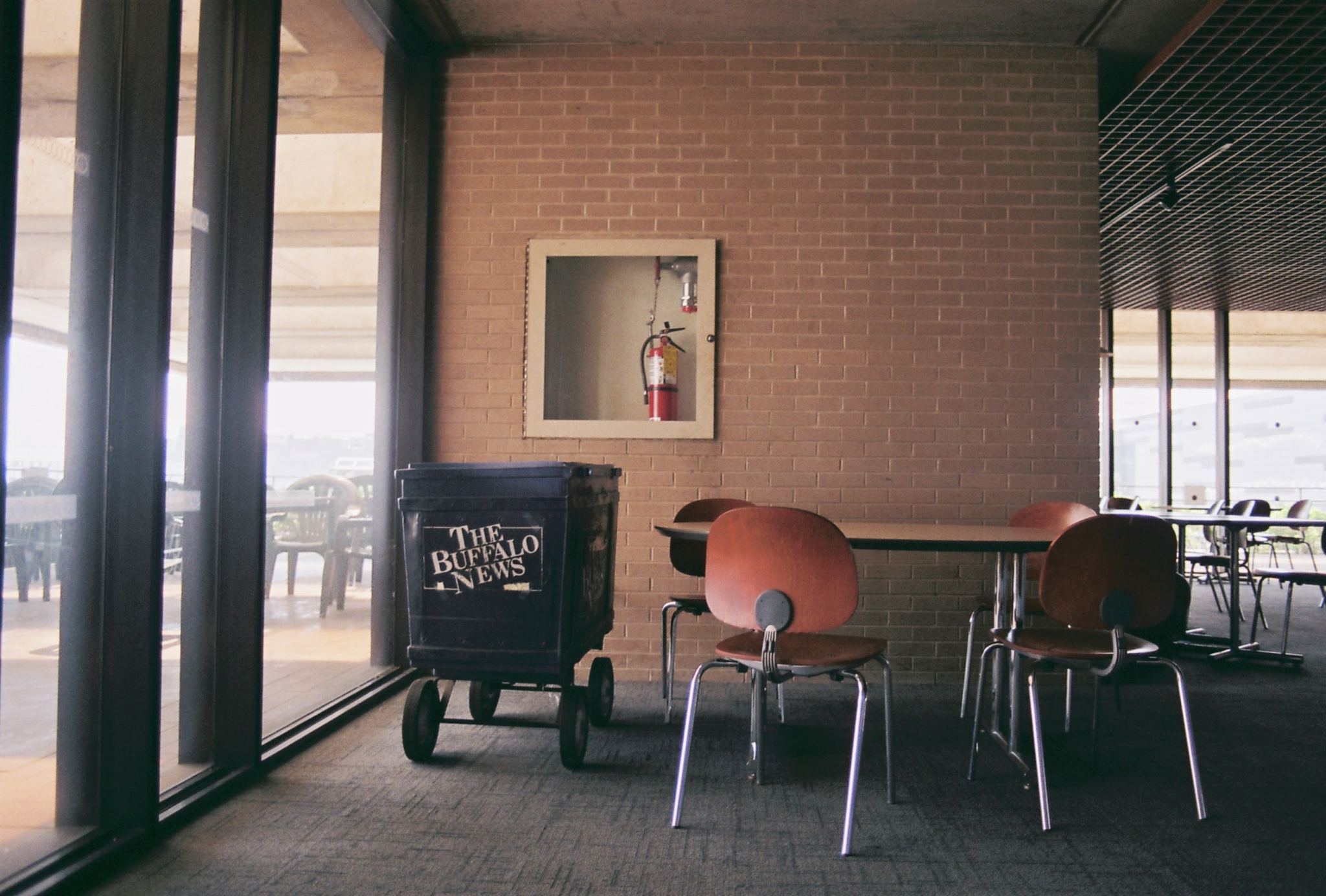 When I saw the date at work this morning, I exclaimed, “wow it’s already mid-August!?” to my colleague, then followed up with, “Thank God, I’m over summer.”

I told a friend I was over summer a few days ago too, saying that I’m not a summer person at all. It’s a different tune than the one I sing in March and April, which is shouts and cries of excitement that the sun is coming out and leaves are blanketing streets in shade and beauty, and disbelief that I am able to live in a soul-sucking vampire cave six months out of the year, but perhaps this is going to be a pattern I follow every year for the rest of my seasonally affected life.

But I’d argue that it’s not the end that we hate. The end, we actually love a lot. We feel nuanced emotions over endings, such as sadness and relief and nostalgia and appreciation. No, it’s that time slot right before the end that we hate. We don’t hate April, we hate March. It’s the time before any decisions have been made, before an end is in sight, when we are fully living in the present yet actively trying to somehow escape and create a new future, when everything feels uncertain, that makes us uncomfortable.

An end brings certainty and a beginning.

There are waves of emotions, all coming to an end, where you’ll stand on the other side of it all, closing the chapter forever. Summer 2019 will end in a few weeks and I’ll never experience it again. Maybe it’s the constant guaranteed change school calendars bring, but each summer so far has felt like its own distinct thing. I am not the person I was last summer or the summer before. Her and I, we don’t like the same things anymore. We don’t do the same things. We no longer have the same priorities.

Now that I’m not heading back to school this September, I feared that my life would lose that variety. Summers wouldn’t feel so distinct anymore, they would be spent the same way September through May were spent, typing away in an office for a job. But just because I’m now a full time worker bee doesn’t mean my life needs to lose the constant shifts. And maybe a little bit of consistency will actually feel like a relief. It could be anxiety-reliving to know that my life isn’t going to completely overhaul every few months, when these classes end, when this internship ends, when this part time job ends.

Anyways, my life has changed again. Today was my last day at a job I loved very much, as a part time digital writer of fun things at my regional newspaper. I worked with bright, talented people who made me very nervous. I felt butterflies every time I walked into the building, feeling what many people have started calling “imposter syndrome,” constantly worried I was somehow someway screwing it (and consequently my entire career and future) up. It was a feeling I could never shake, no matter how much praise I got, or no matter how much reassurance my friends and family gave me.

When I left today, my colleague mentioned a tradition they have where they clap journalists out as they leave. As I walked out of the newsroom for the last time, forgetting my mug and to clean out the papers in my desk which I have to now run in to do in the morning, they wished me luck and all clapped me out. It was pretty great. I guess I am happy with my work while I was there, all 130ish stories I did. Maybe I wasn’t so much of an imposter. Maybe I belonged, at least a little bit.

I’m still staying in the company, but now I’m working as the only staff reporter at a suburban paper. I’ll cover meetings and politics and government and issues and features and crime. I’ll write a police blotter and obituaries. It’s as close as I’ve ever gotten to a Hallmark movie job. Maybe I’ll meet my true love while reporting on a development that he’s building or protesting, and we’ll fall in love at some holiday benefit or walking around the town’s Christmas tree farm. Isn’t that how it works? (Actually seems like a conflict of interest to me, I would have to pull myself off the story, but details, pssh.)

Seriously though, I’m excited. I recently went through my first blog while sitting at a coffee shop with a friend, barely able to talk as I read the passages aloud because I was laughing so hard. I read through each post — oh the blog is about an online game sort of and that’s all I’m going to give away for now — and remembered running home from school to see what was new on the website, trying to be the first to let everyone else know, screenshotting pictures to go with my post, speculating whenever I saw anything new, and realized that what I had been doing was reporting. I wanted to know what was going on and tell people. It made me so happy.

Somewhere along the line, I wasn’t sure what I really wanted. Do I want to write books? Magazine features? Move to France and learn to cook and live in the countryside raising goats? Maybe. Yes. All of those things. They’re all figs slowly shriveling up on my fig tree, a tree in which new figs bloom all the time, a tree in which I just took a fig and started to eat it. Sylvia Plath never mentioned that possibility. But for now, no, I want to report. So wish me luck. I felt stressed the past few weeks, leading up to an ending, a new beginning. I spent the summer in a state of depression, crushing under the weight of all those figs, feeling the same epiphany — that if I really want something, anything in life, I have to go for it myself, not follow some perfectly laid out life syllabus — that other recent college graduates feel, which somehow made it all feel worse, because I couldn’t even claim that what I felt was remotely special.

But now that the end is here, I feel sadness and relief and nostalgia and appreciation. And excitement. I’m eating a new fig.

And thank god summer is almost over!!!!