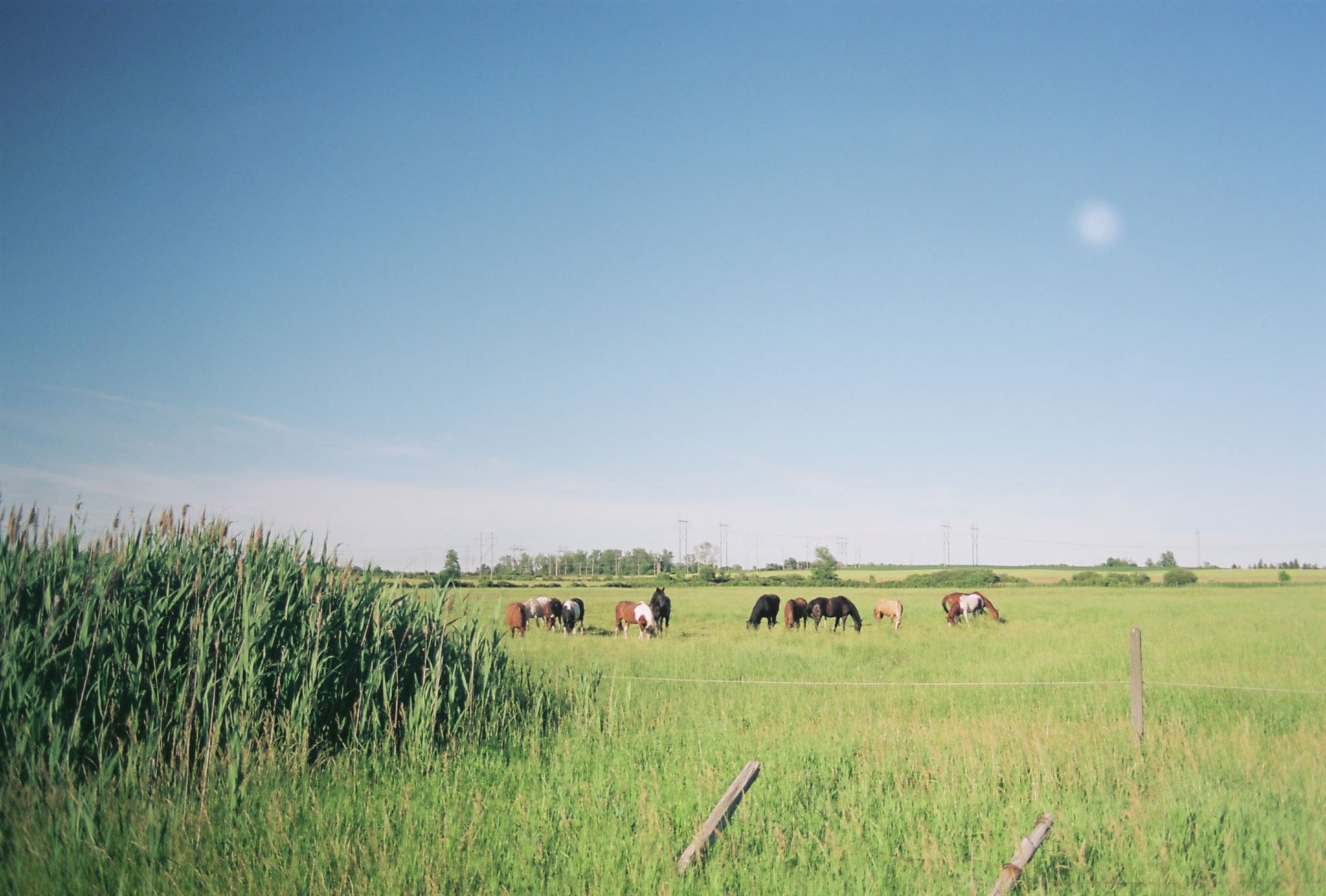 I’ve spent the past few years pretty stressed out.

I don’t think I necessarily noticed the stress. It came on gradually, as I started to take on more responsibilities at school, classes got harder, I would get a new job or internship or writing opportunity. I’d go hard and fast, burn out, break down, repeat. I felt dramatic when I complained — it’s only school?. My creativity would peter out.

It’s probably pretty obvious to anyone following along for the past few blog posts that my post-grad lifestyle has baffled me. At first, I felt terrible. I was lost. I wanted to sleep all the time. I felt like I had lost a huge chunk of my identity. Mostly, I felt guilty to have all of this free time and a daunting pressure not to waste a second of it. (Though “wasting” time is a weird concept, isn’t it?)

Time is amazing! I no longer feel like a beheaded chicken running around! I have time for new projects, grocery shopping, reading, taking up hobbies, cleaning, working out. I’m taking my time more and things in my life are better for it. Stress is bad for you, kids.

I’m sure my newfound time is temporary. Frankly, I’m working as hard as I can to fill it.

So my newest endeavor is film.

When my dad texted me a photo of an old Canon 35 mm film camera from an estate sale for $5, I was skeptical and excited. I didn’t get my hopes up too much because a $5 camera is bound to have a glaring issue to it, but we took it into a local camera store (which, surprisingly and thankfully, Amazon hasn’t killed yet) and they told us it’s in good condition. The sales clerk gave me a five-minute lesson on how to use it. I bought a battery, some color Fuji film 200, and ventured out to learn film.

See the last post for my first roll. I used the second roll behind the scenes at Shakespeare in Delaware Park, which I’ll post soon.

As for the third roll, I decided to take an impromptu mini road trip back home after work yesterday, belting out the shuffled “Hamilton” soundtrack along the way. It was a beautiful, clear-skied evening; temperatures were in the high 70s. Weirdly, I wanted to take photos of horses and hay bales and tractors and pastures, which could hint at how much I miss country summers, but Buffalo summers are great in their own way. Fewer fireflies (and mosquitoes), whiffs of wet hay, garage sales and views of corn fields, but more bars, things to do, people-watching and coffee shops.

I took random roads home, got lost around a detour, then pulled over when I saw something photogenic. I had to set up the shot, pay attention to the settings and try my best. Since I grew up taking photos on DSLRs and iPhones, having one shot is a welcomed change. There’s a “Hamilton” reference in there. 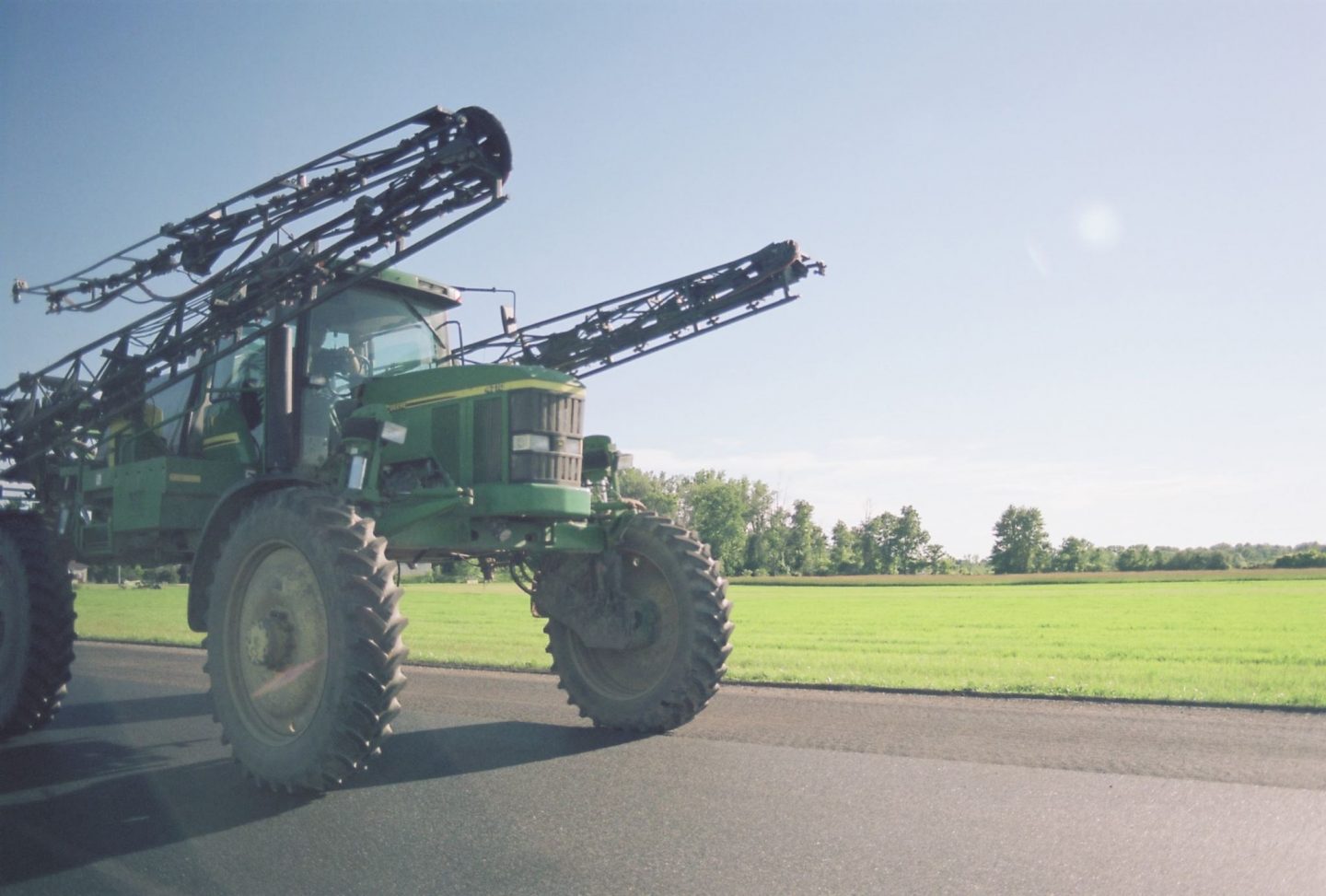 I pulled over to take the horse photos when I heard this tractor pass. I twirled around to take the photo, sure it would turn out blurry, but here it is. 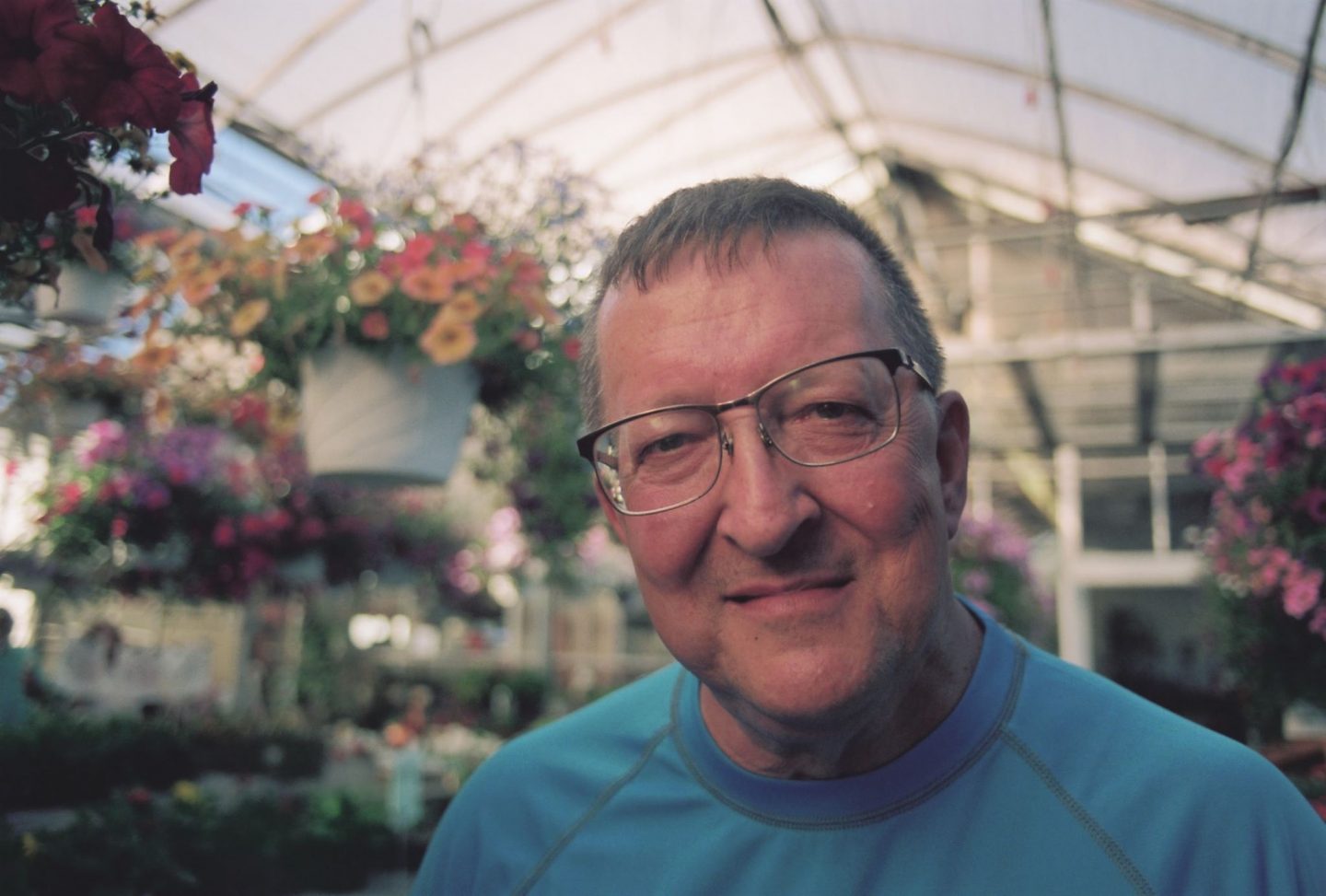 My dad, in the greenhouse-meets-ice-cream-stand that we always visit, taking photos with me, just like old times. 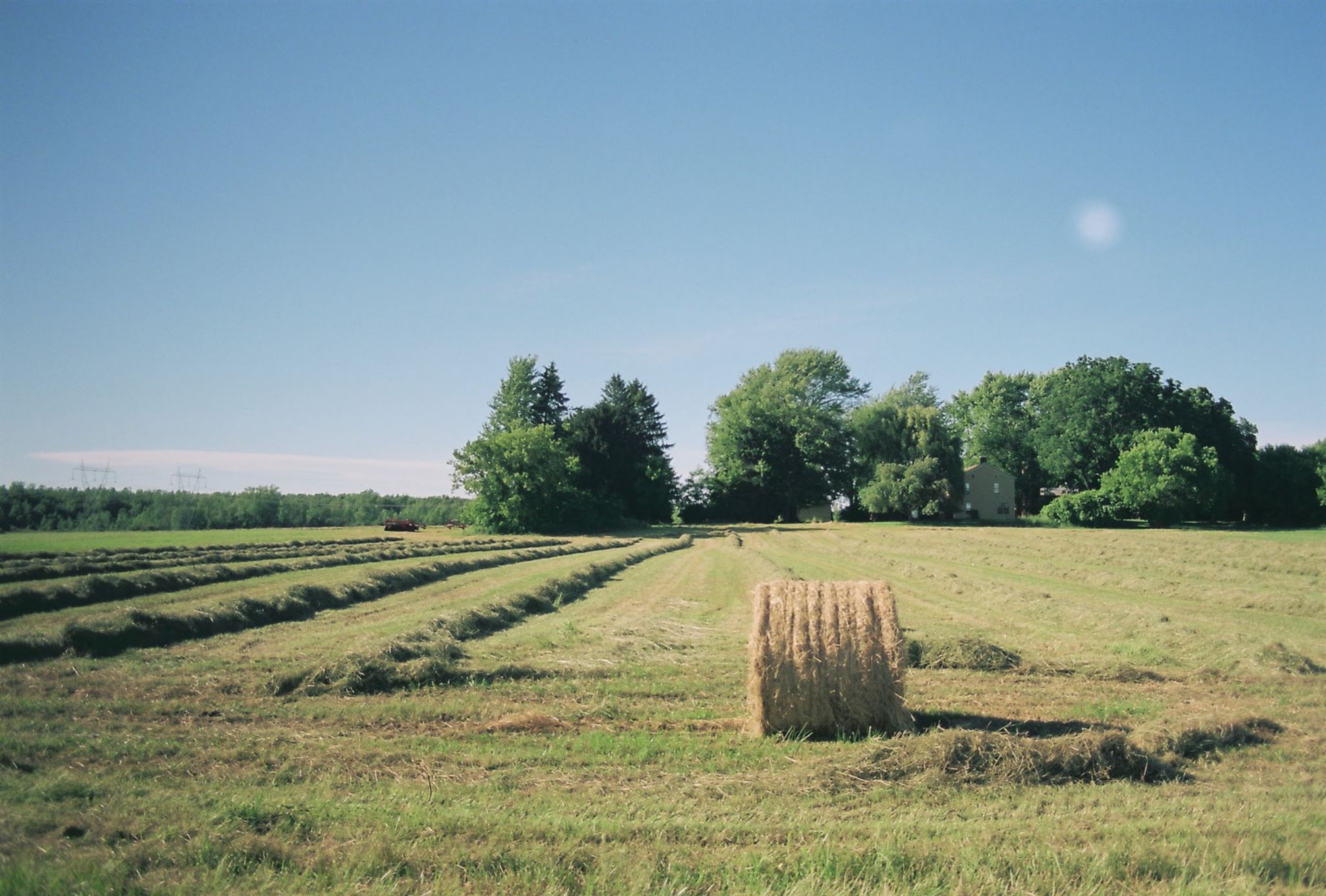 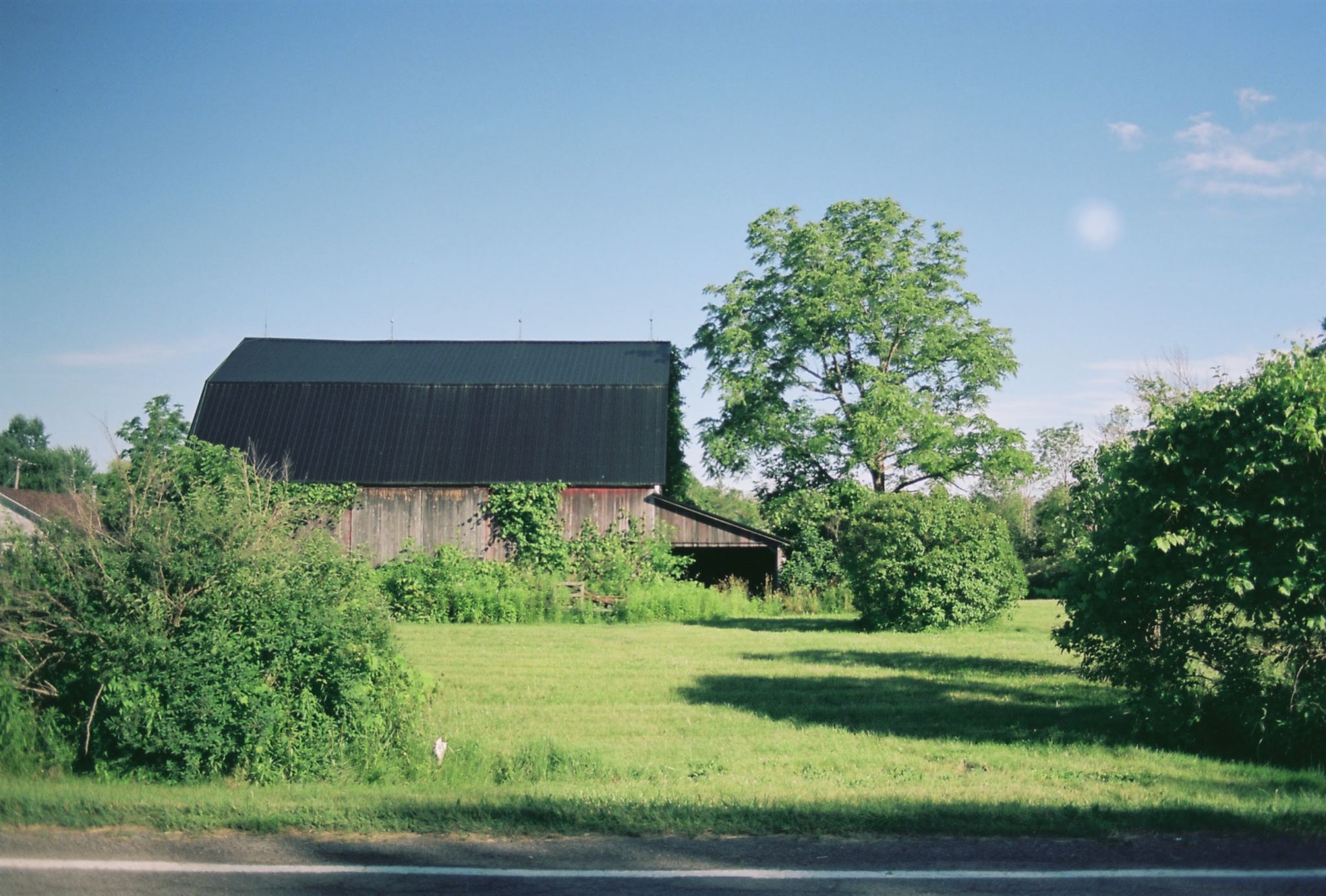 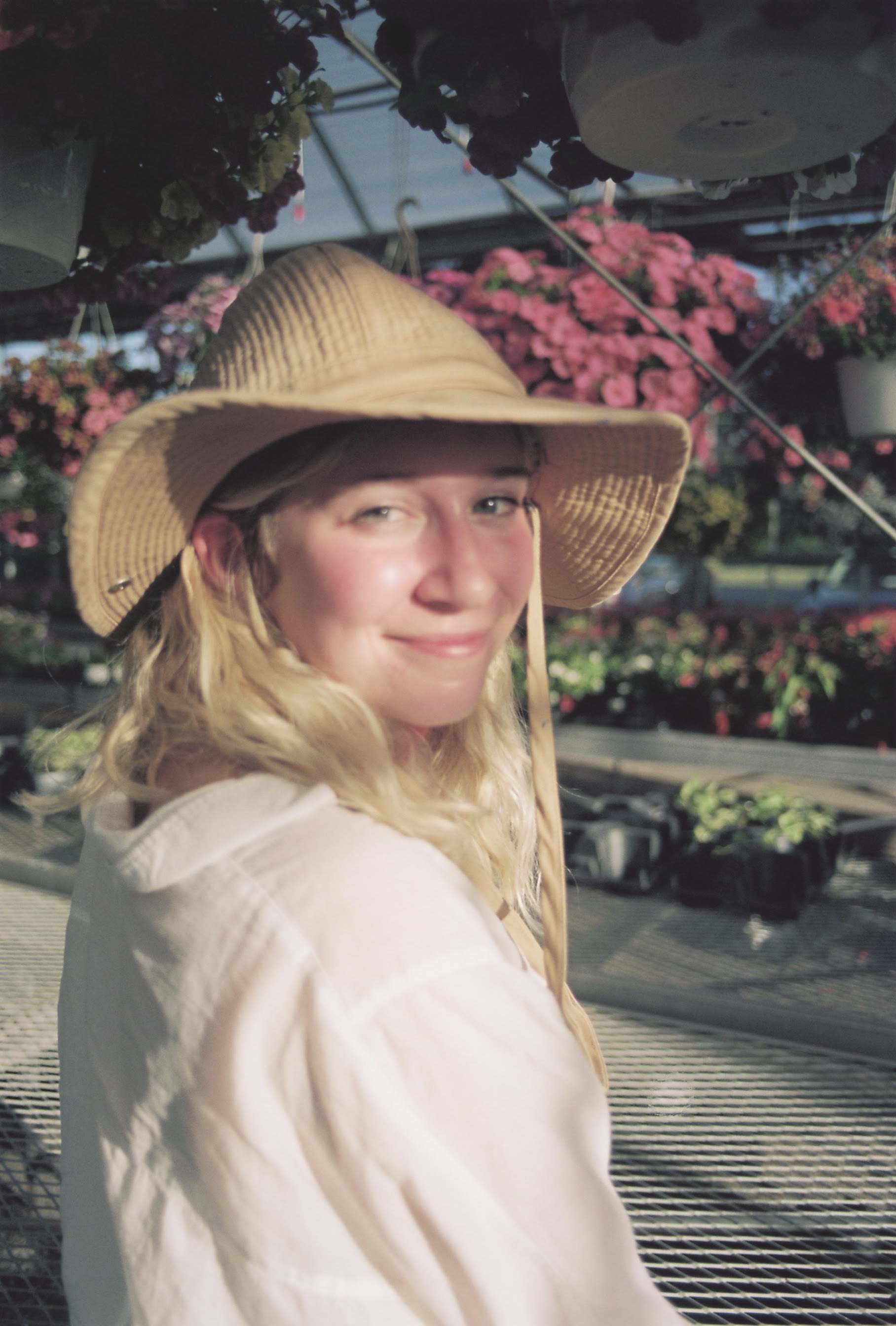 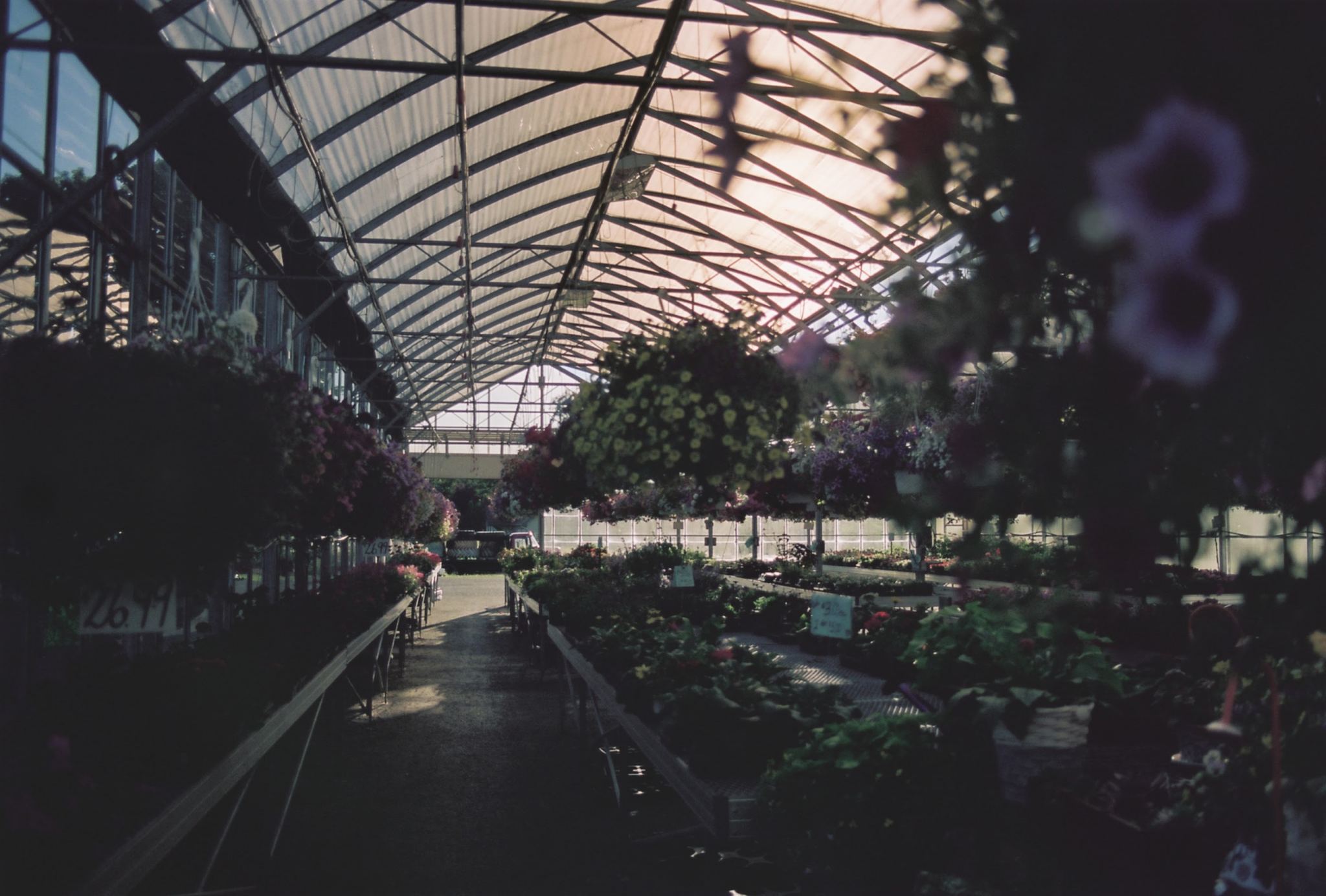 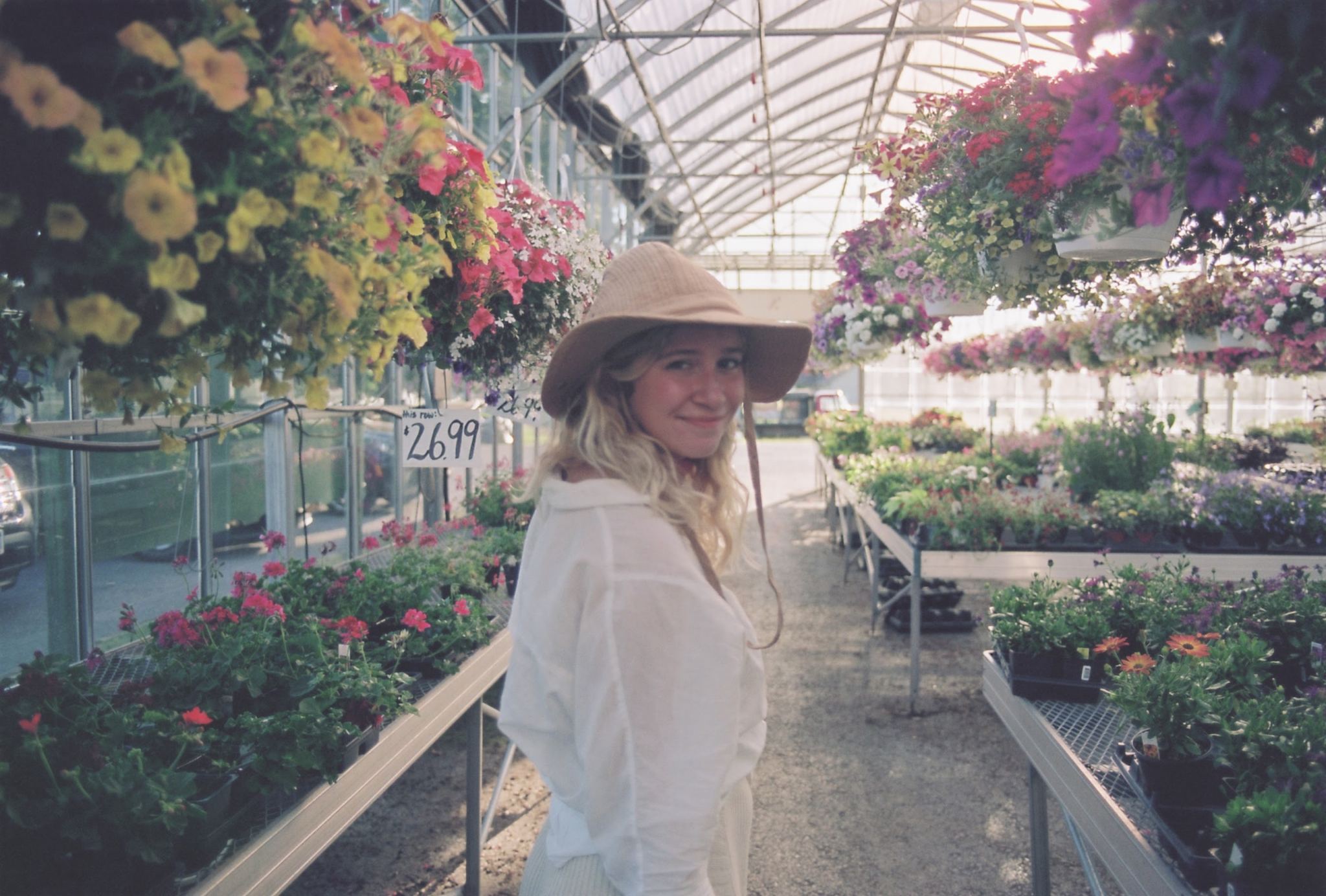 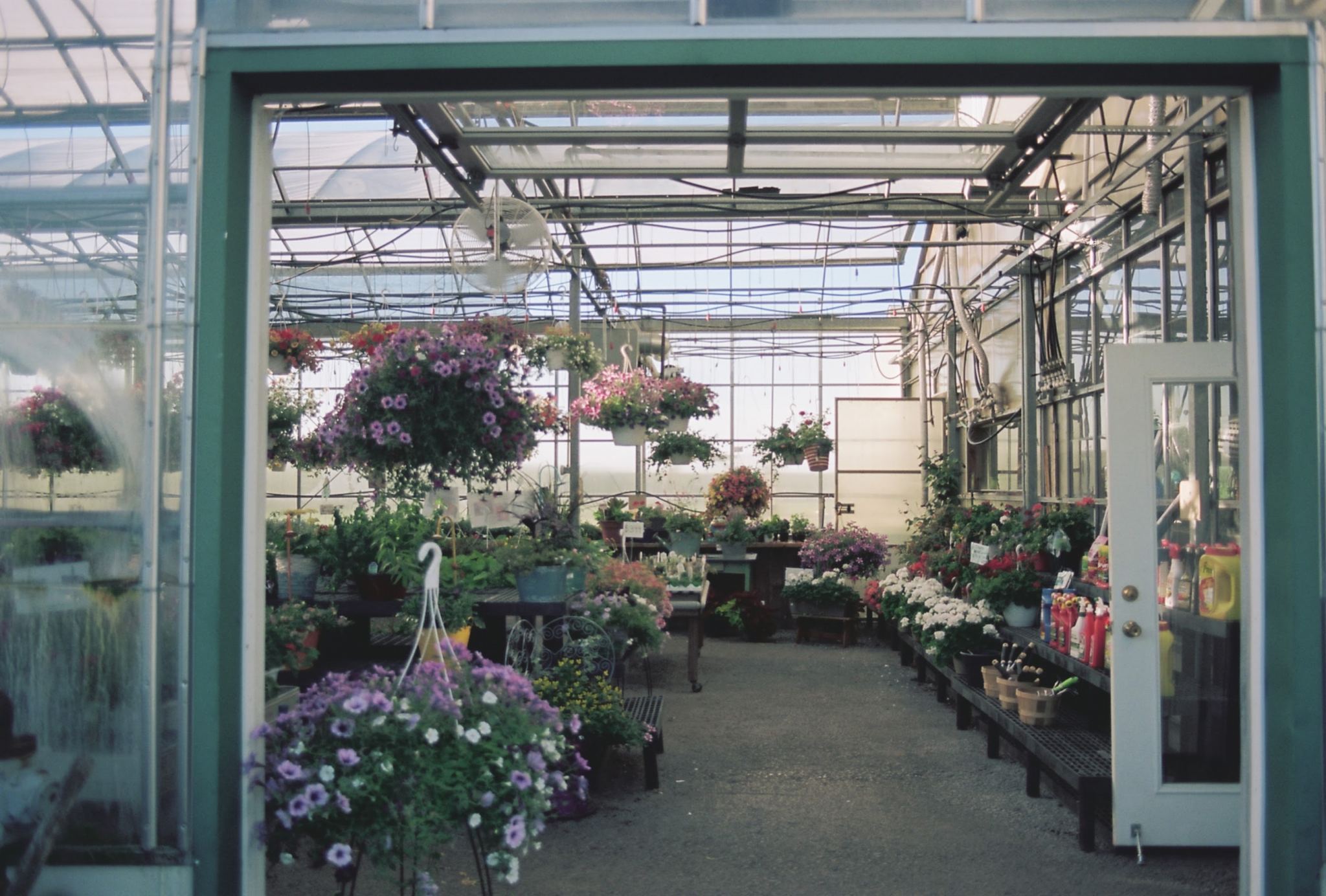 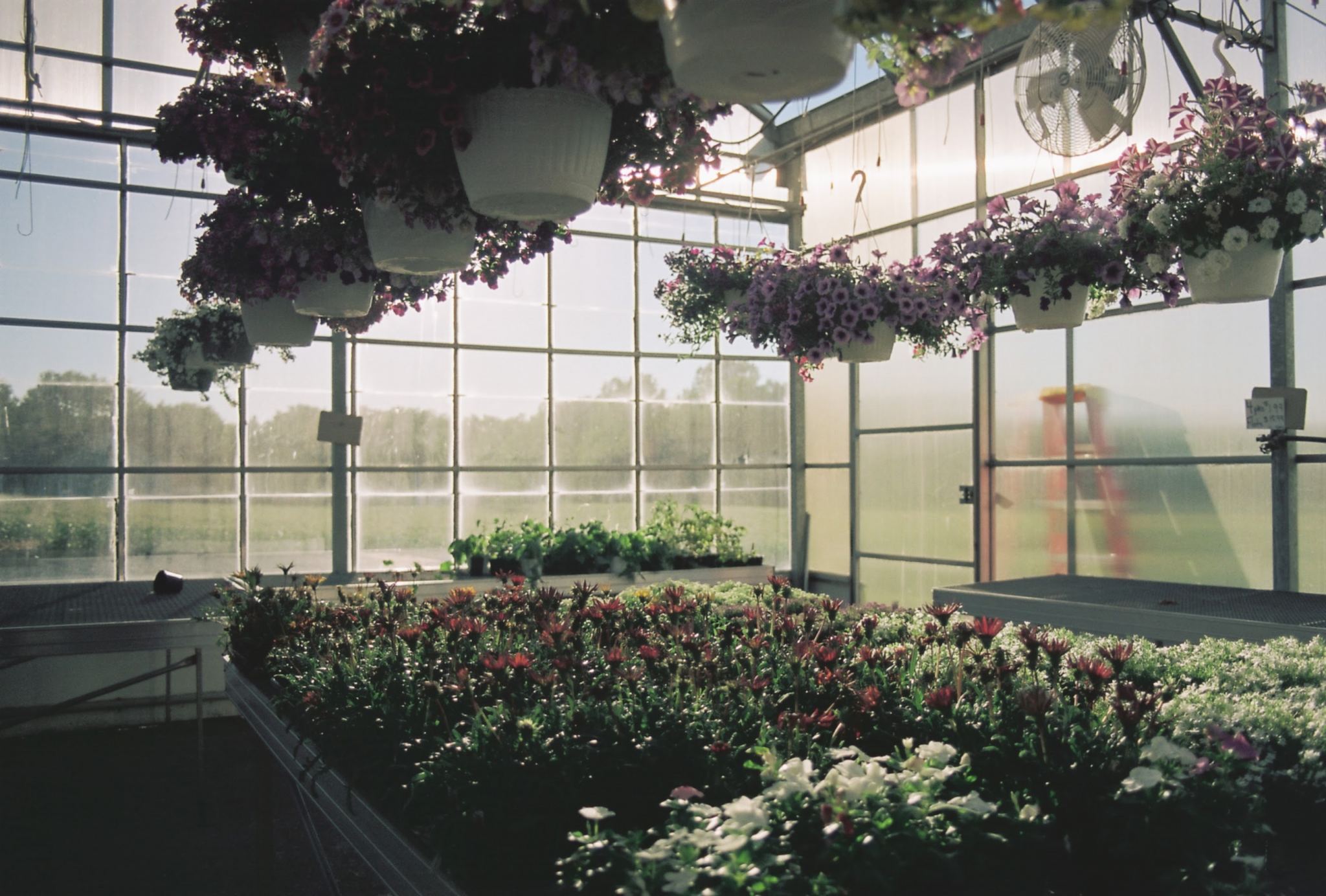 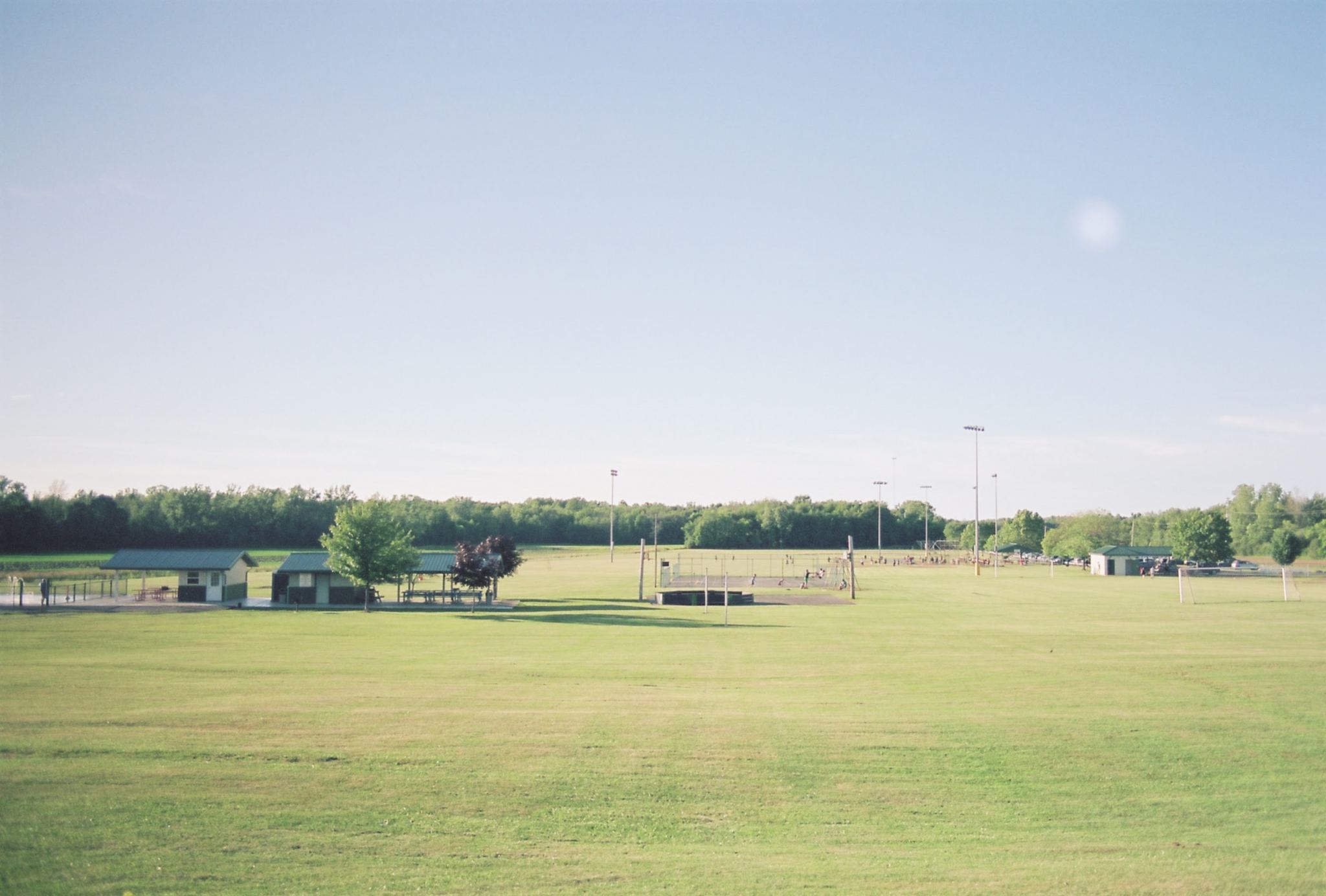 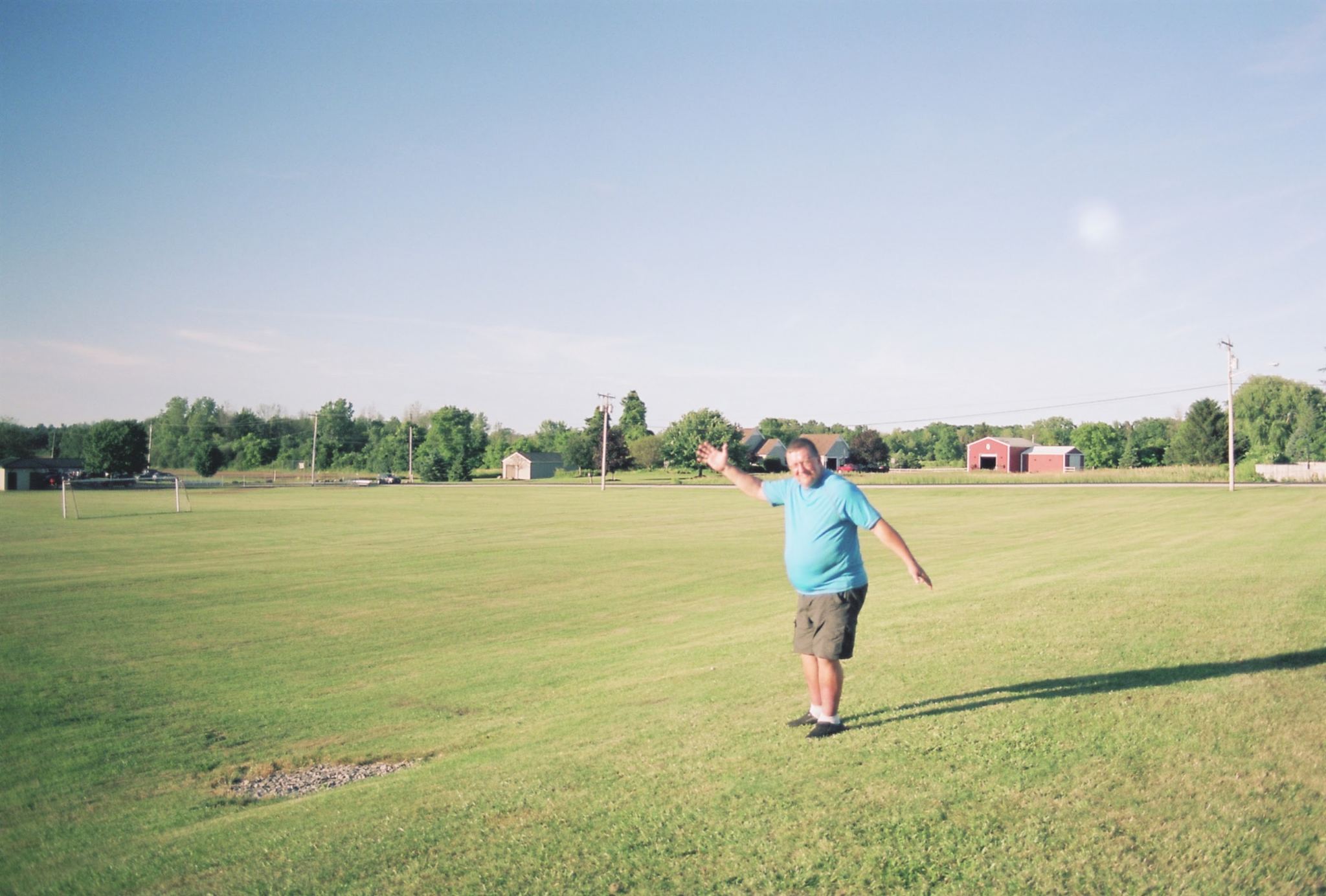 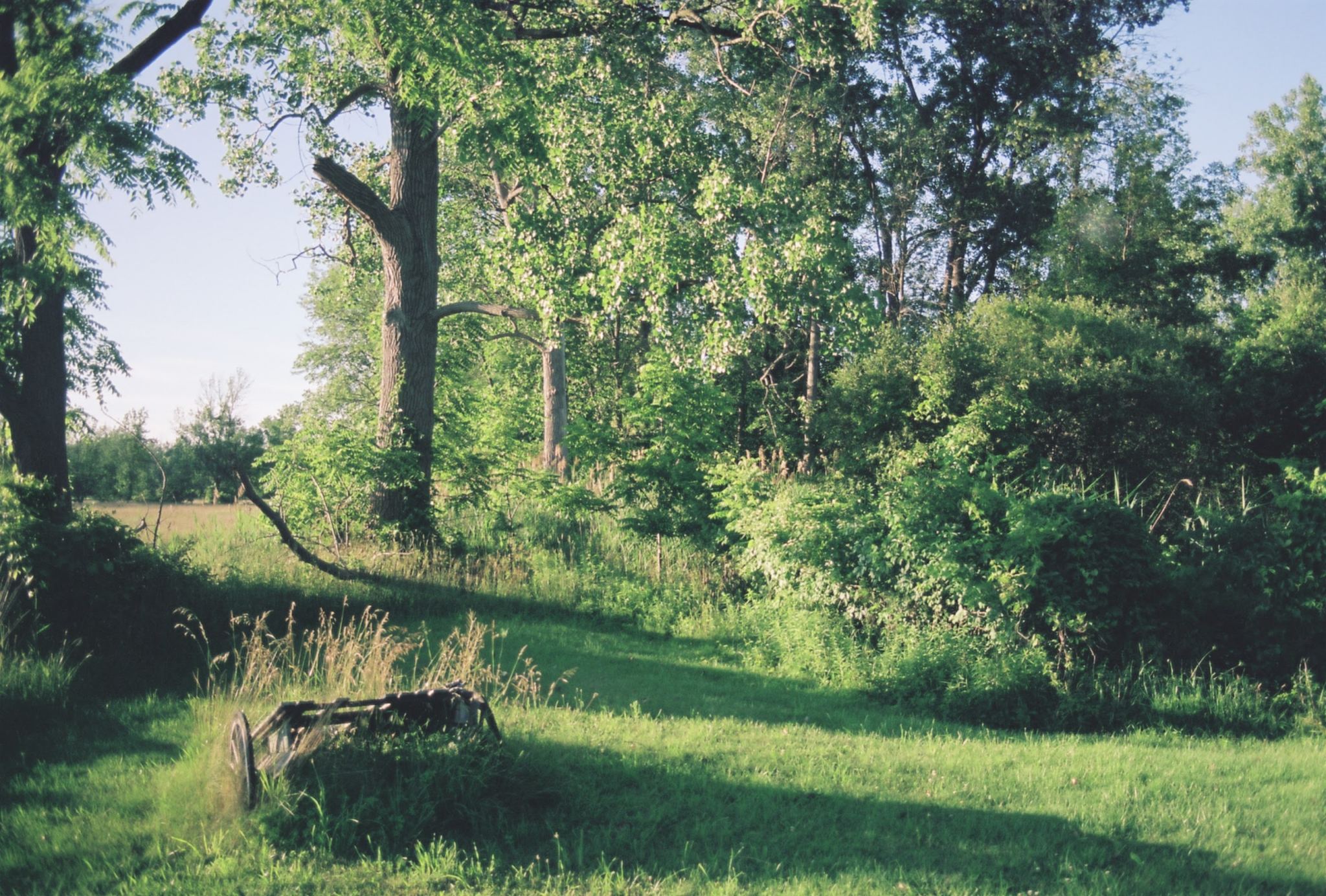 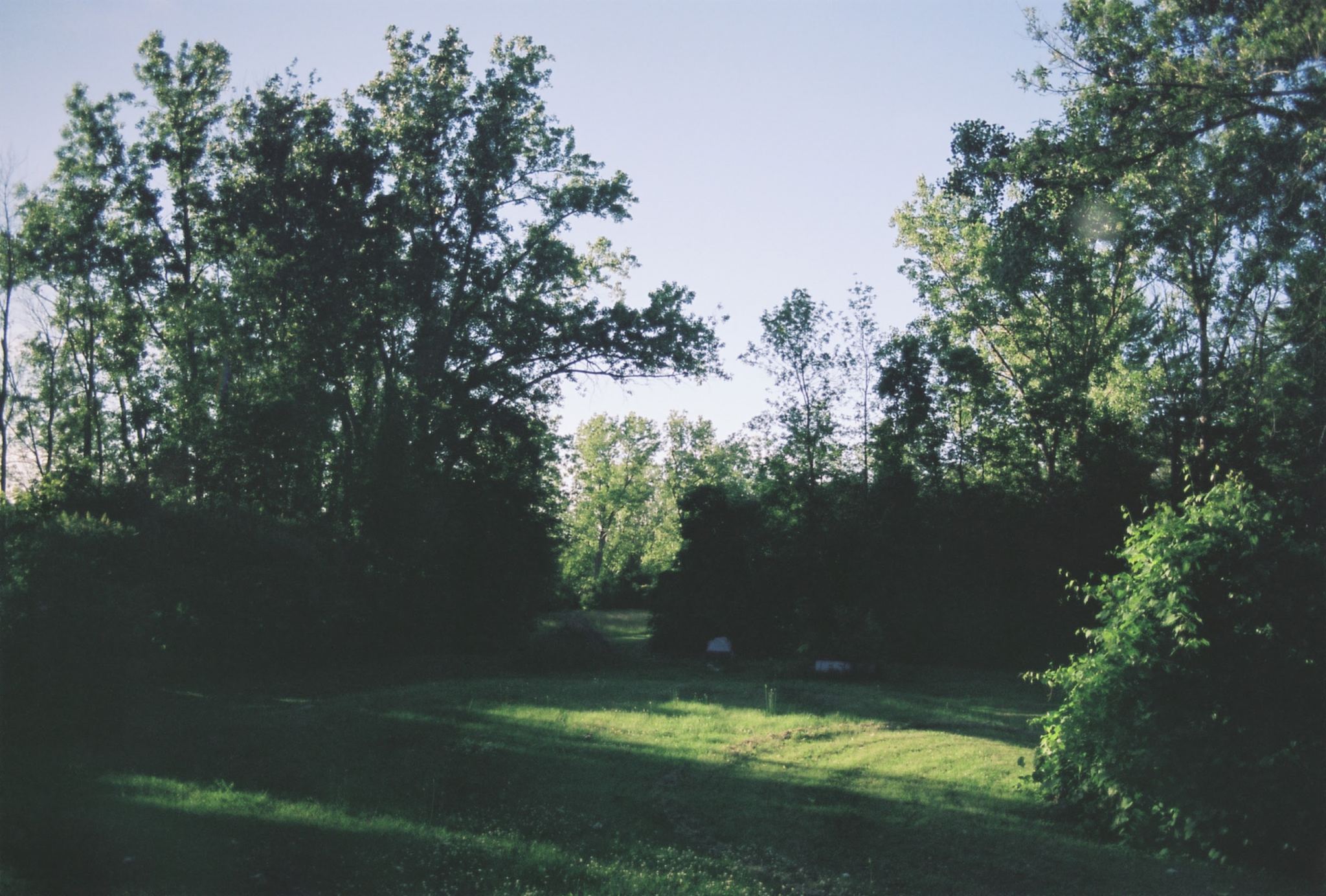 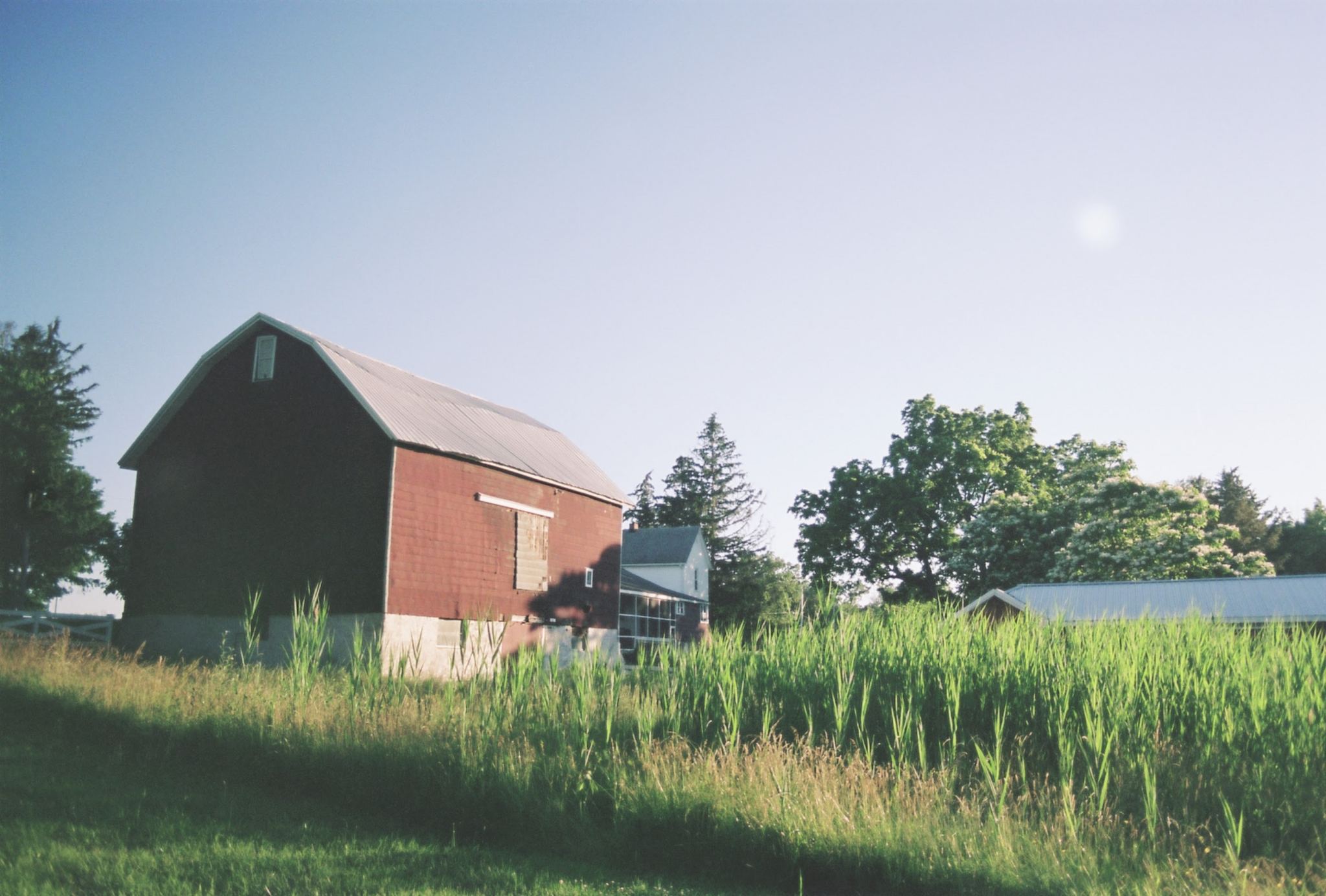 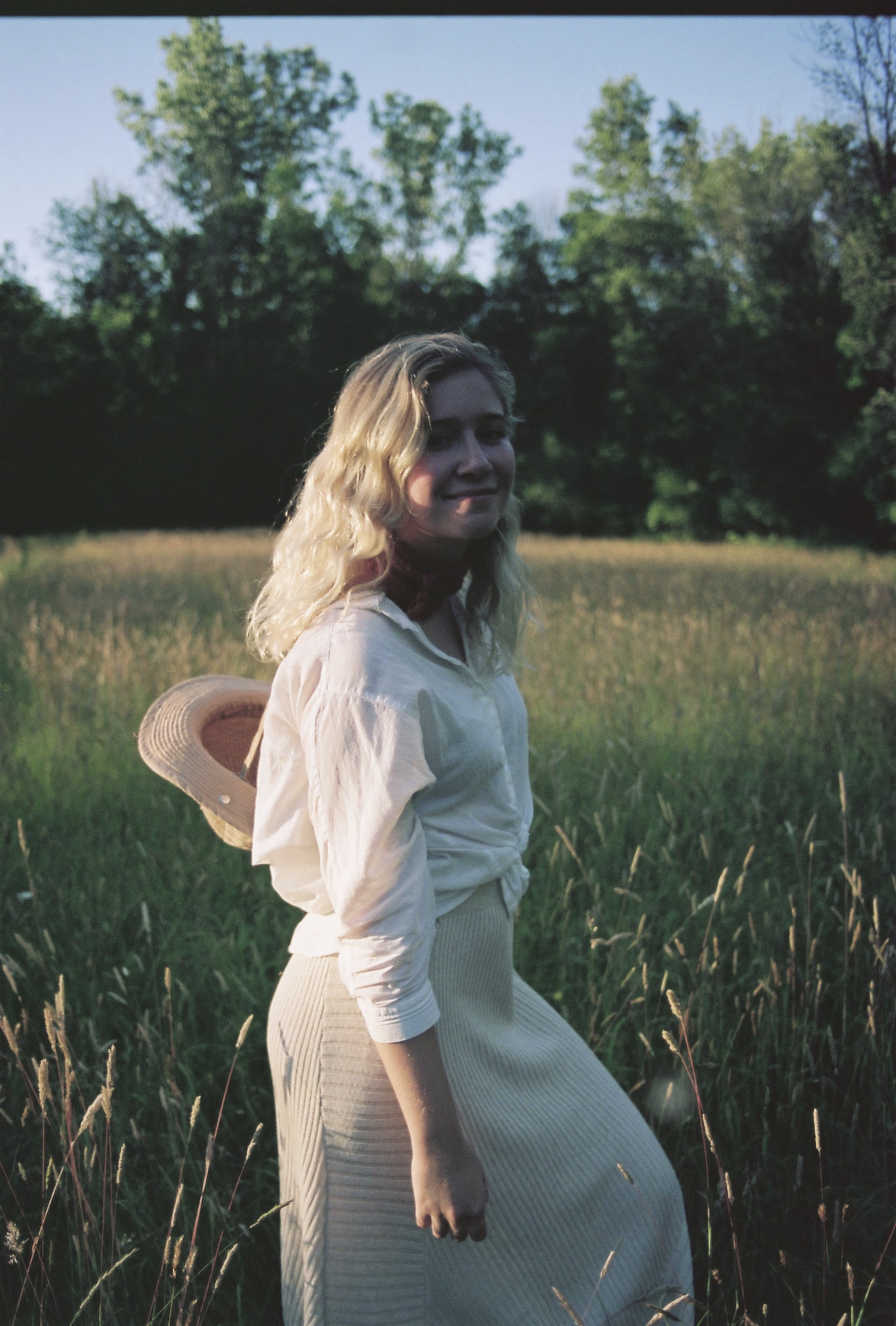 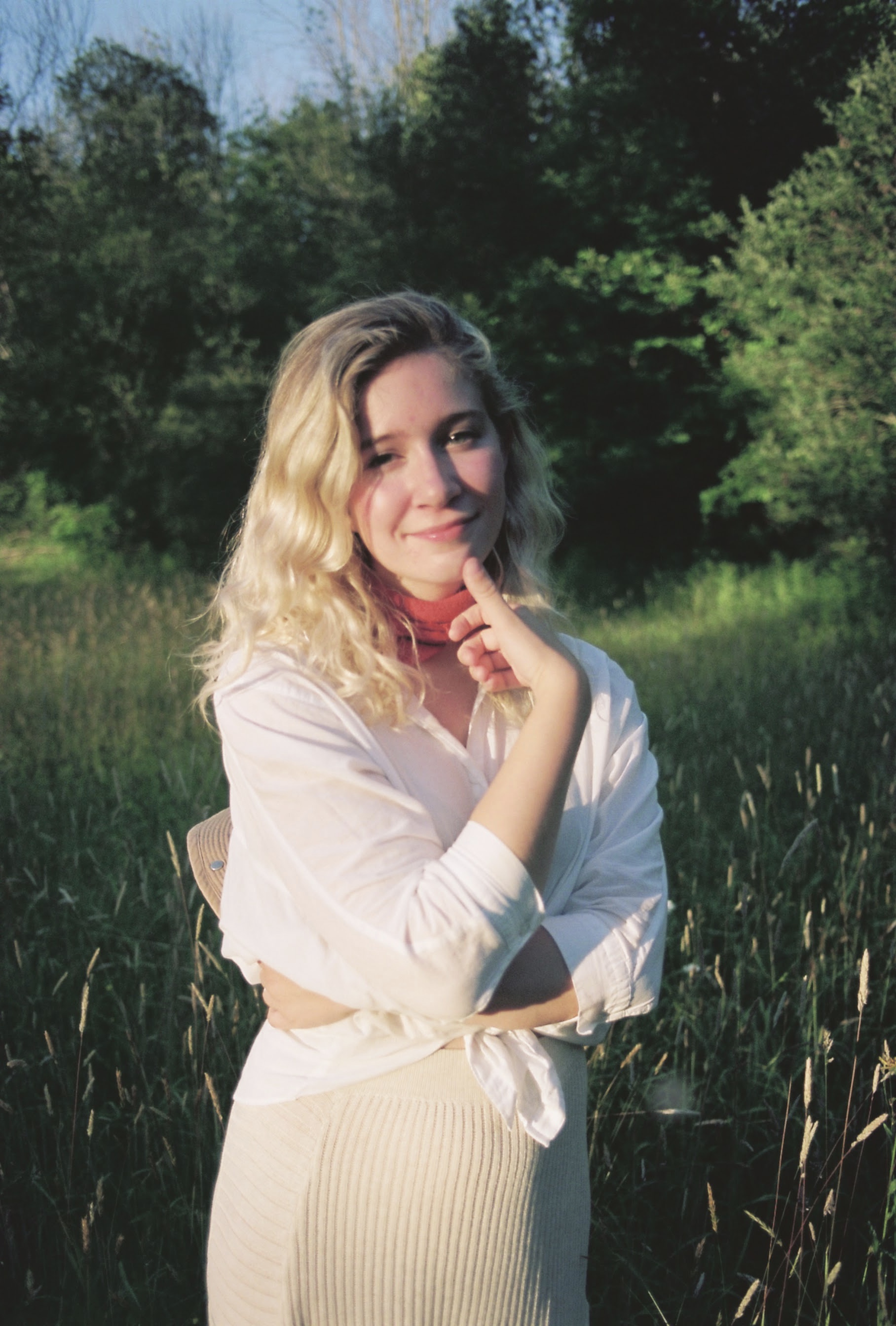 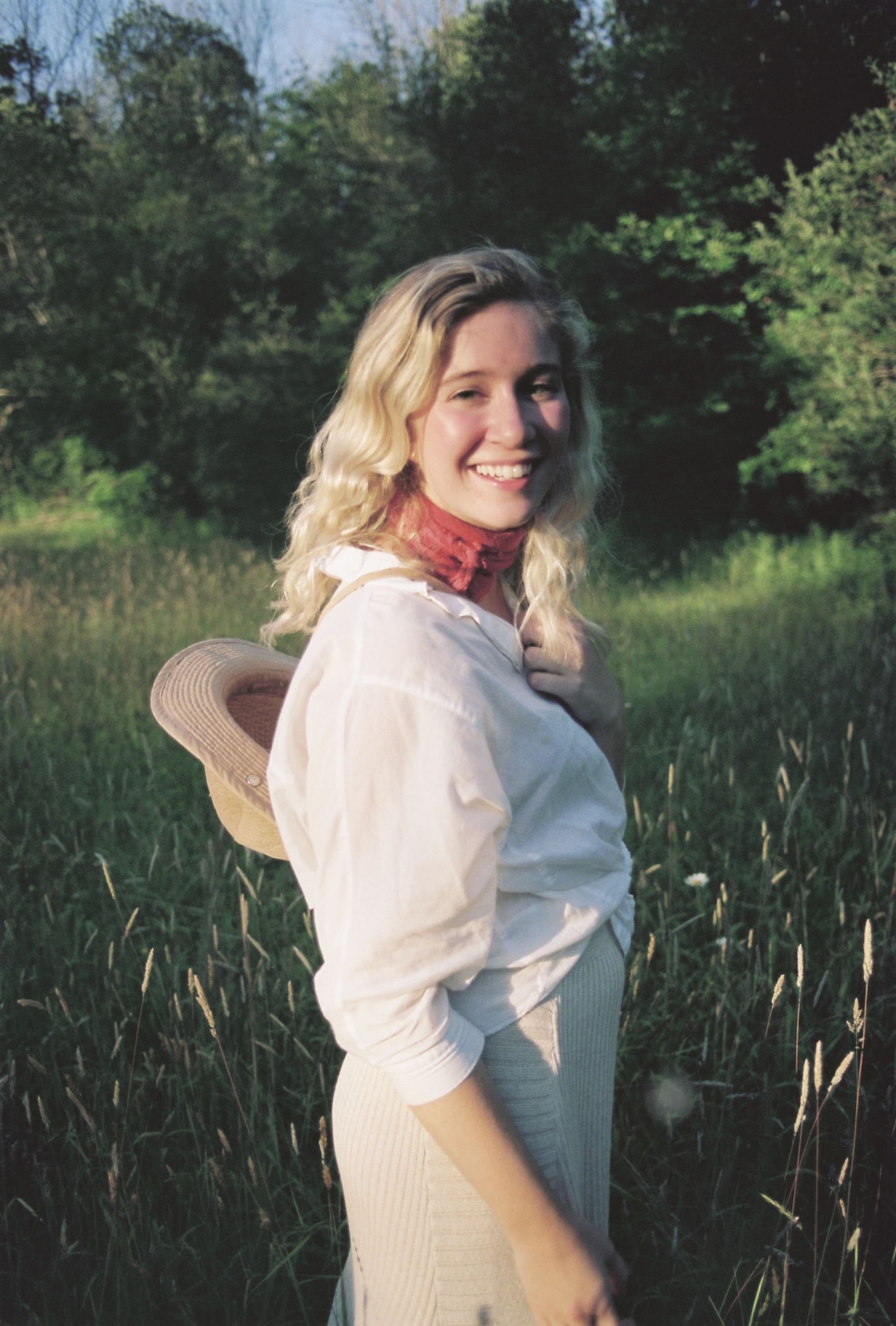 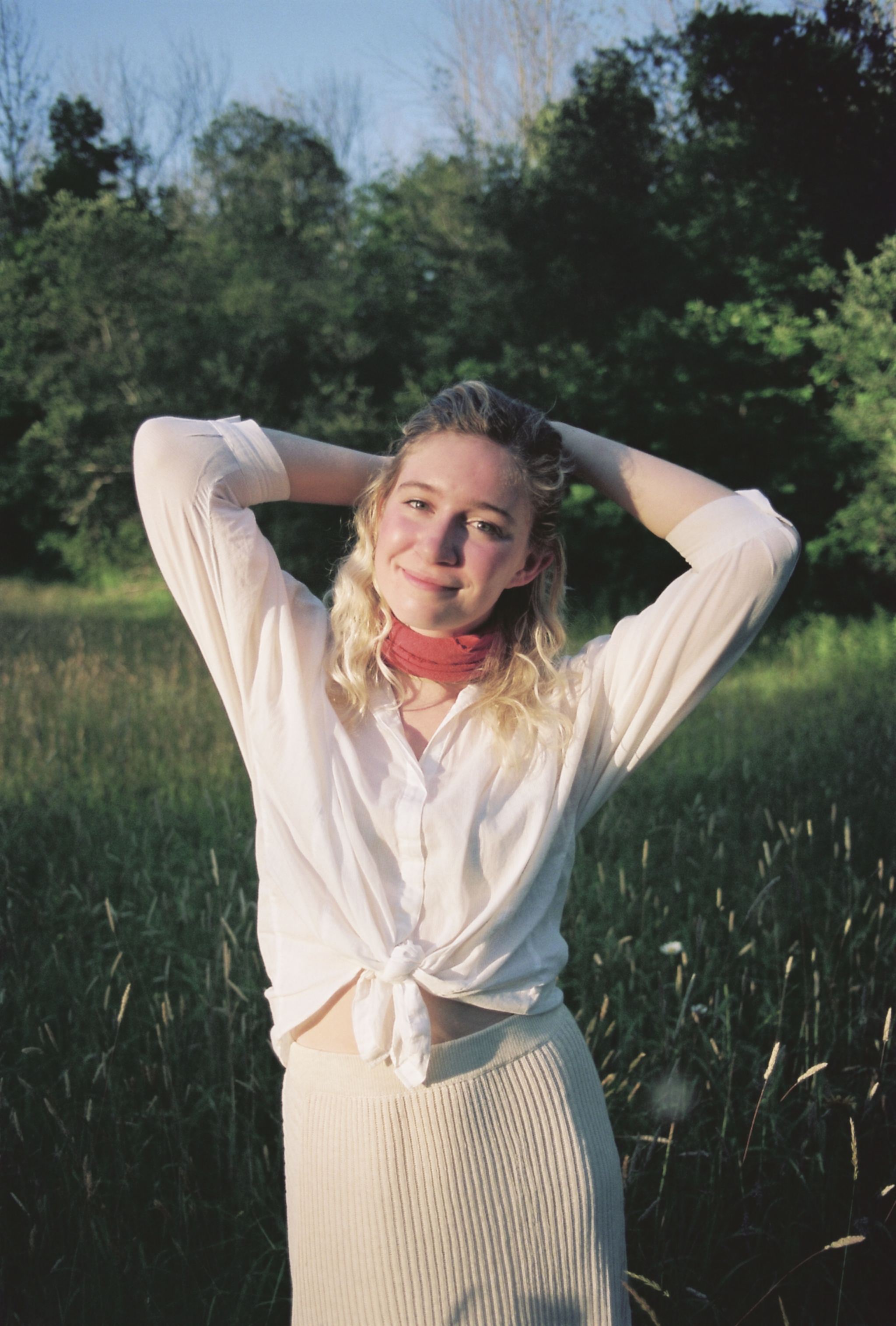 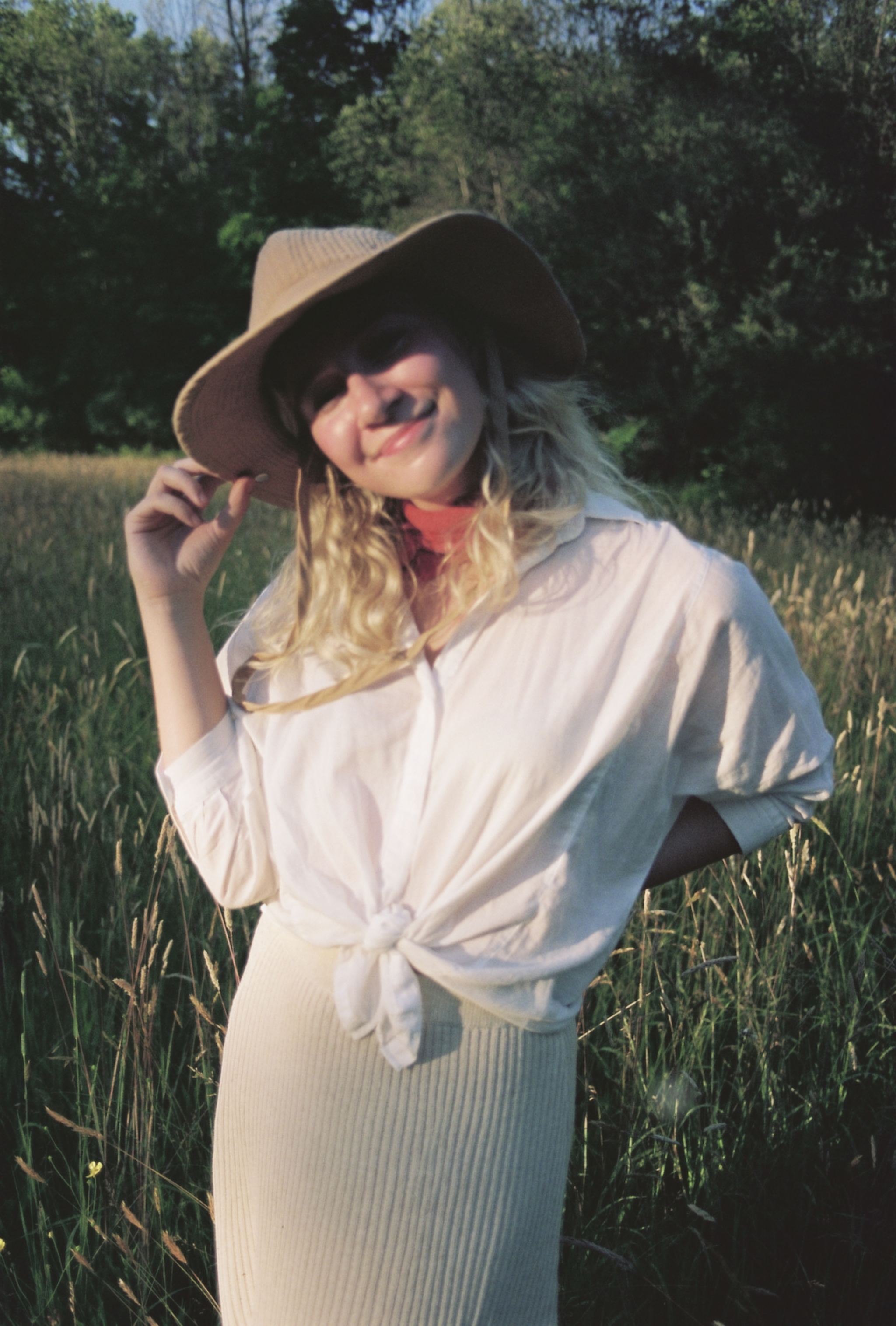 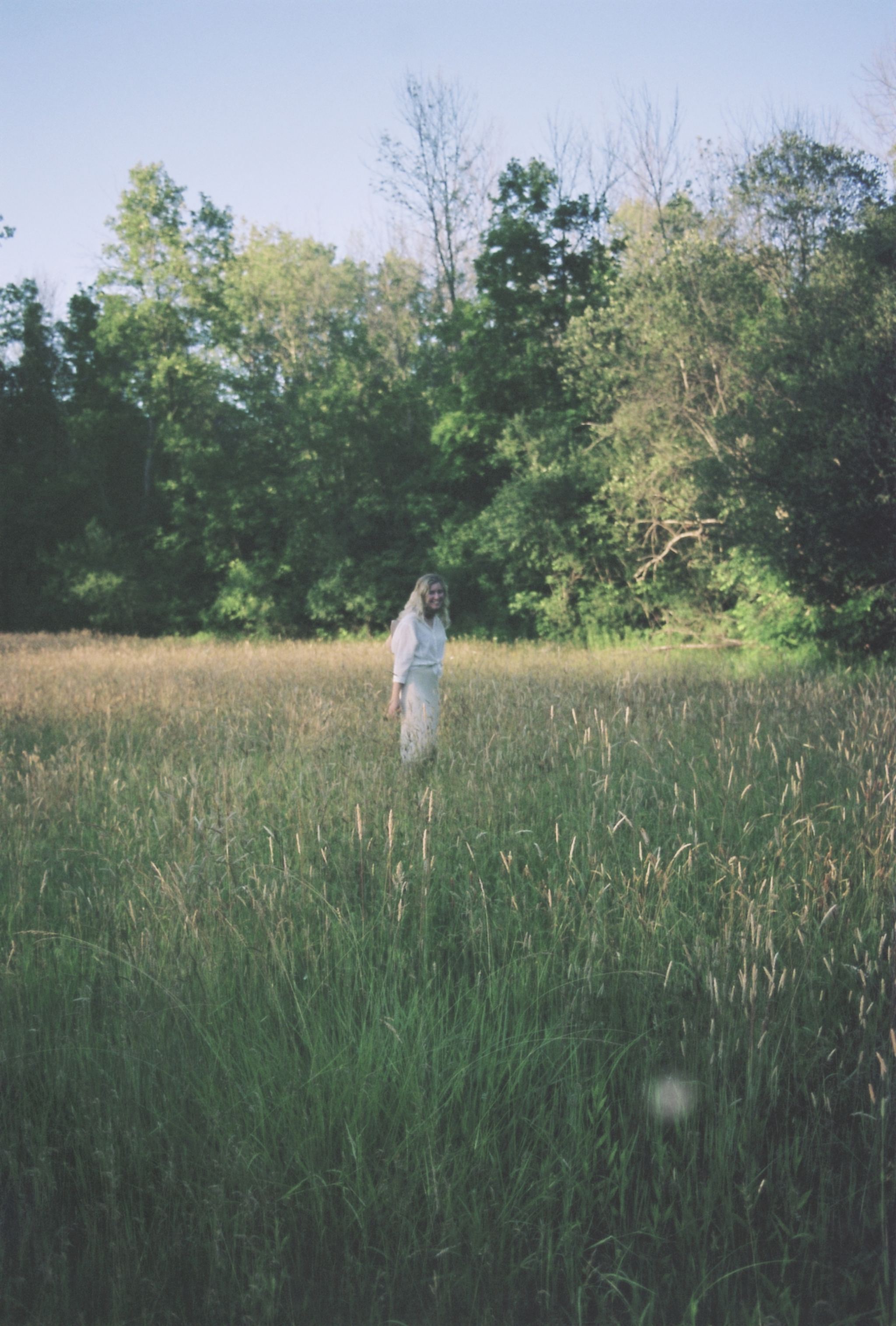 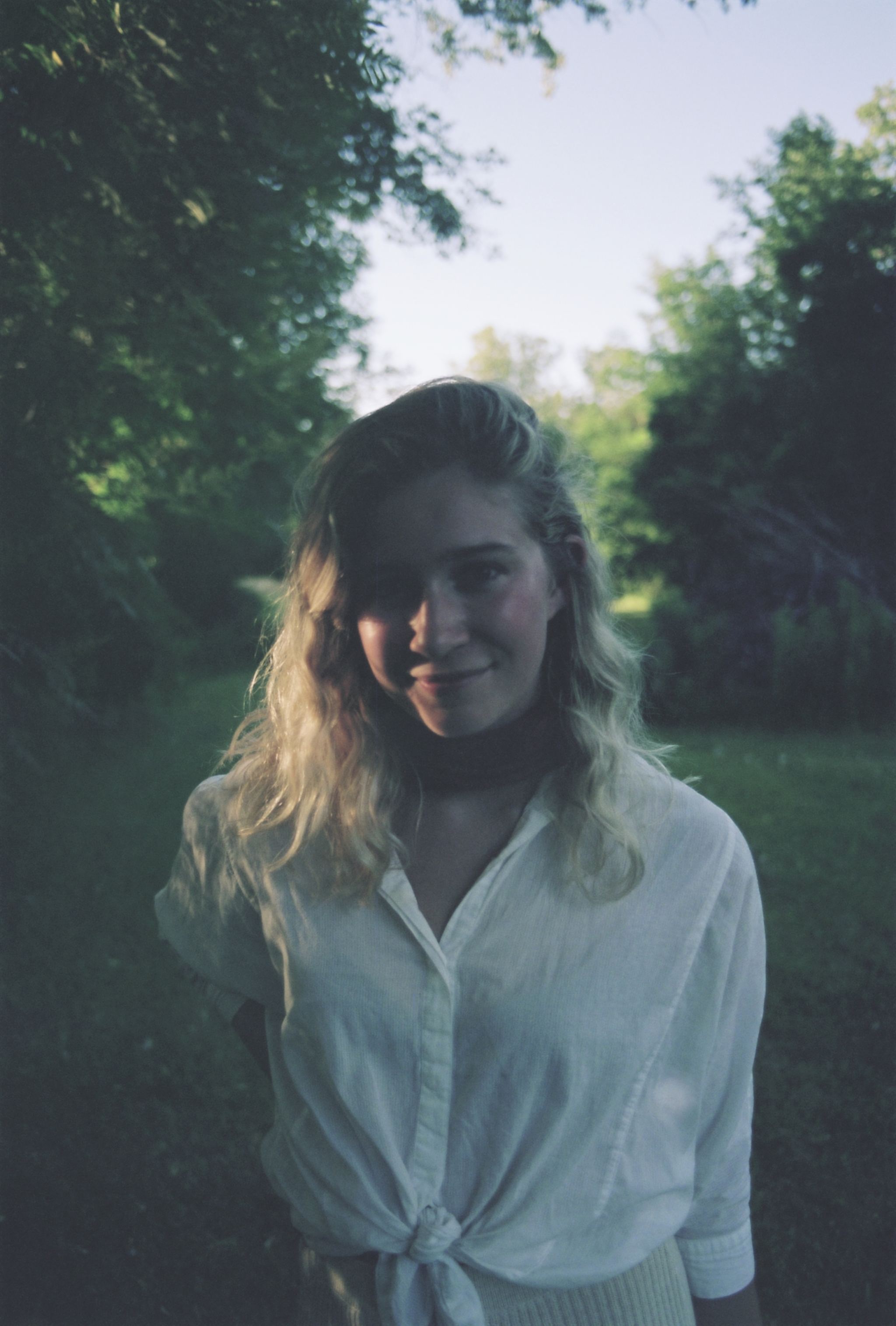 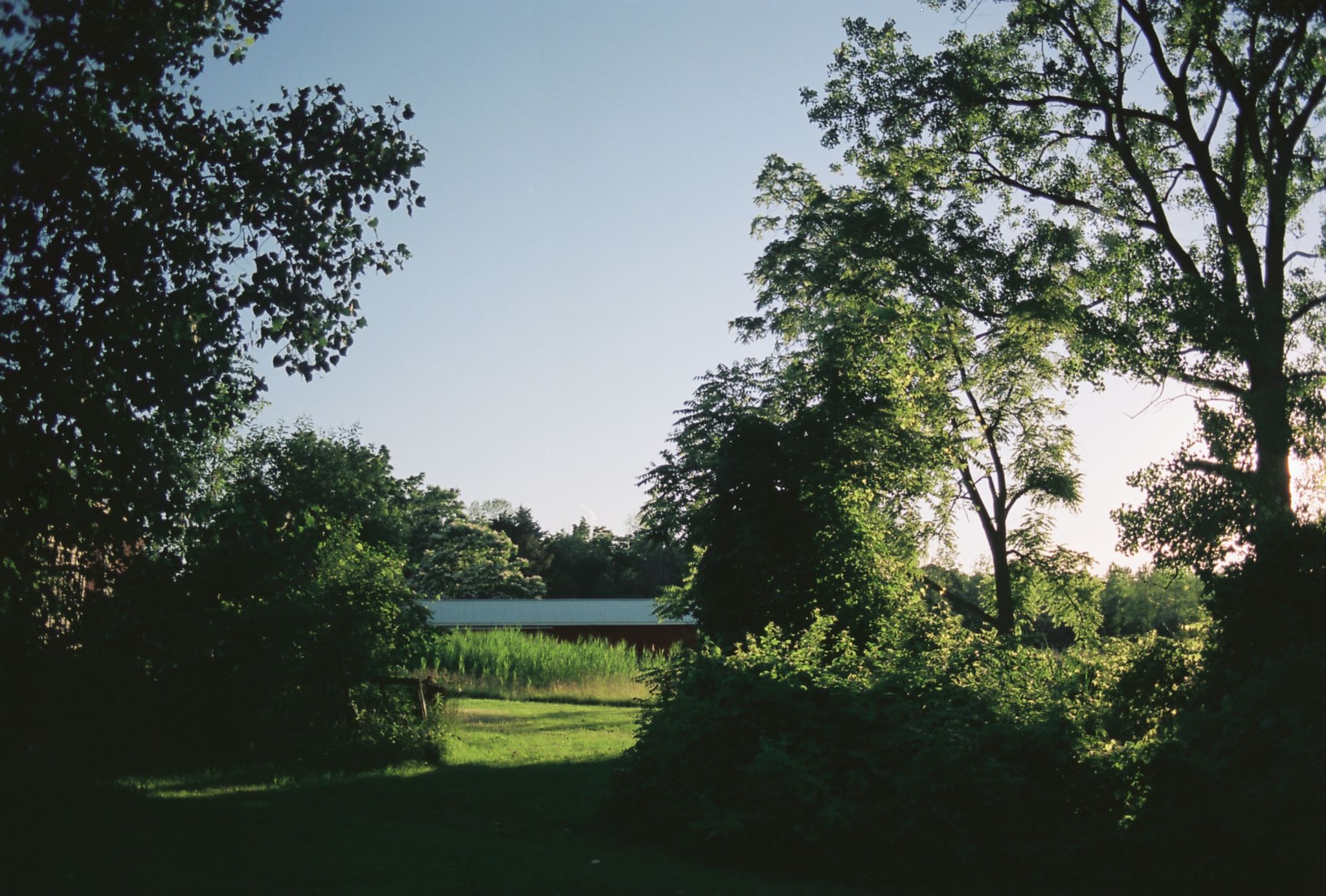