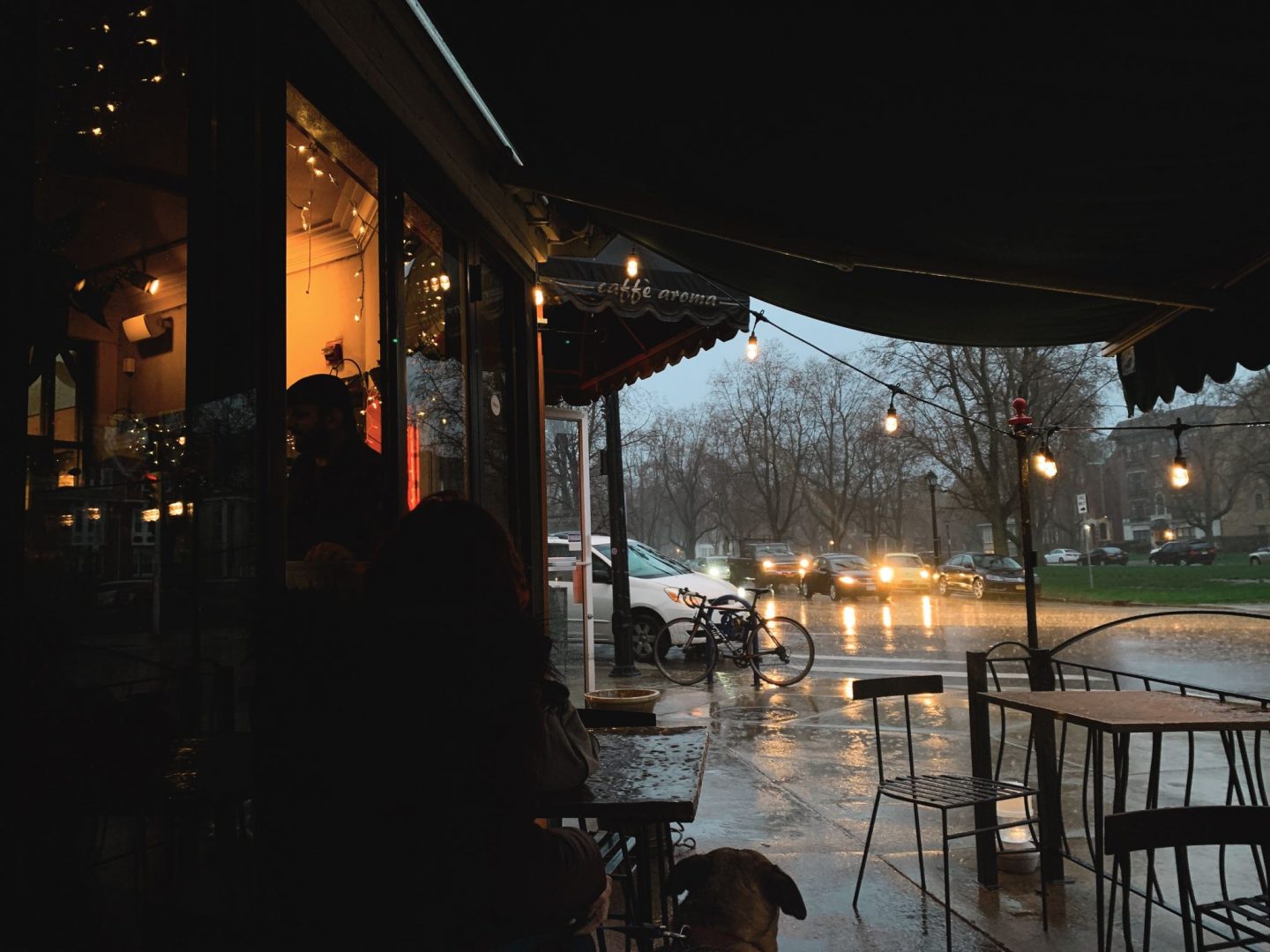 Charles Baudelaire wrote that people have visited museums in the same way since the mid-18th century. We drool over the famous and well-respected art yet ignore the lesser-known art, because many of us don’t know its value.

“I know my museum,” he wrote that museum patrons will say, satisfied after viewing art that everyone decides to accept is good art, in “The Painter in Modern Life.”

Buffalo is like that lesser-known art, with different value surfacing for different viewers. New York City, in comparison, is the Mona Lisa.

When I was in sixth grade, I visited New York City for the first time. I intended to love New York. Both “Sesame Street” and “Breakfast at Tiffany’s” encouraged it. And I did. I fell full-blown in love with the city, just as my parents expected. Growing up in a small farm town in rural Niagara County, New York was indescribably fascinating. I remember standing on a second-floor loft at Henri Bendel, surrounded by luxury purses and headbands and jewelry, while my mom made a perfume, a luxurious sentence to type and an even more luxurious sentence for 11-year-old me to live. I peered down at all the shoppers. Well-dressed and in my eyes, likely millionaires and debutantes, I gawked at them. Then I wanted to become one. It wasn’t the money that appealed to me; it was the confidence. “If you can make it here, you can make it anywhere,” Frank Sinatra sang and I believed it. This was the big league and I wanted to be a professional.

I droned on and on about New York to anyone who would listen, which was everyone at school, since a lot of them wouldn’t visit New York for the first time until high school. Dead set on going to school there, FIT or NYU, I spent the rest of middle and high school believing that.

So, it turns out moving to New York for college was going to be expensive, I learned. And I didn’t. I moved instead to Buffalo for college, as the city was on the brink of its controversial “resurgence.” From a small town, I’ll admit, it was still extremely exciting. Whether it’s the newfound freedom of young adulthood or the city itself, I couldn’t say, though I presume the latter. It didn’t matter. I could drink (I couldn’t, but I did) and drive (not at the same time) and eat (not that I always had the money to) and I loved it.

We all create our own cities. Cities are social networks weaved throughout cultural factions weaved through decades-old drama, all witnessed by the same old bar or diner that never dies. Cities are buildings, sure, but more than that, cities are clusters of people, all sandwiched together, all interacting due to our proximity and not much else, though we all find ways to make it work.

Italo Calvino builds cities galore in his work, “Invisible Cities,” in which Marco Polo tells Kublai Khan all about his exploring, while Khan has been too busy conquering to view cities at face value for their individuality. Each of Polo’s cities centers around a central human need or want, such as sexual desire, fear, greed.

“Marco enters a city; he sees someone in a square living a life or an instant that could be his; he could now be in that man’s place. If he had stopped in time, long ago, or if, long ago, at a crossroads, instead of taking one road he had taken the opposite one…,” Calvino wrote.

Our cities are another one of our major life choices, in the company of who we love, how we spend our time, our career and whether we procreate. Although living in a certain city is, for many, something that happens to them instead of a deliberate choice. To even have the choice of moving is a luxury.

Joan Didion’s experience in New York City, detailed in her essay, “Goodbye To All That,” is a mixture of an appreciation for her wild, indulgent youth and a deep understanding that its time frame is just a short, eight-year window of her life, and once that window closed, she suffocated from the stuffy trap she felt she laid for herself.

At 20, she moved to New York from somewhere else, like a lot of New Yorkers tend to do. She internalized the sweeping romance of the city from a young age, derived from books and movies, like we tend to do. She felt like she was living in Xanadu, attending parties with fascinating new faces, staying up all night long with other insomniac friends, crying at Sunday brunch while being hungover. For Didion, New York was a city for the very young. At 28, she felt she aged out of that and needed something new. She realized she stayed “too long at the fair.”

“That was the year, my twenty-eighth, when I was discovering that not all promises could be kept, that some things are in fact irrevocable and that it had counted after all, every evasion and every procrastination, every mistake, every word, all of it,” Didion wrote.

When Didion critiques New York as for the very young, she sounds, at first, hardened or jaded by it. But Didion’s retrospective writing is only as hard as life was at the time. If anything, she’s realistic.

Didion views her city, as Calvino does, through a lens in which they view their lives. Didion chose to spend her weekends hungover at brunch, which frankly doesn’t sound all that bad, and to stay up all night at parties with new faces. The City of New York didn’t impose that on her, sanction her to attend parties or else. Marco Polo finds truth in himself and society in the cities he visits; he observes all the possible facets of life that people value most. It’s not the city. It’s not ever the city. It’s always us.

“The past is interesting not only by reason of the beauty which could be distilled from it by those artists for whom it was the present, but also precisely because it is the past, for its historical value,” Baudelaire wrote. “It is the same with the present. The pleasure which we derive from the representation of the present is due not only to the beauty with which it can be invested, but also to its essential quality of being present.”

Contemplating a big move, as Didion once did and as Marco Polo does again and again, requires a value judgement, weighing the present with imagined futures with little concrete information. In that way, a new city is for the dreamers. To move is to dream for a better life. Or, moves are for the restless, for some people will never be satisfied with present day.