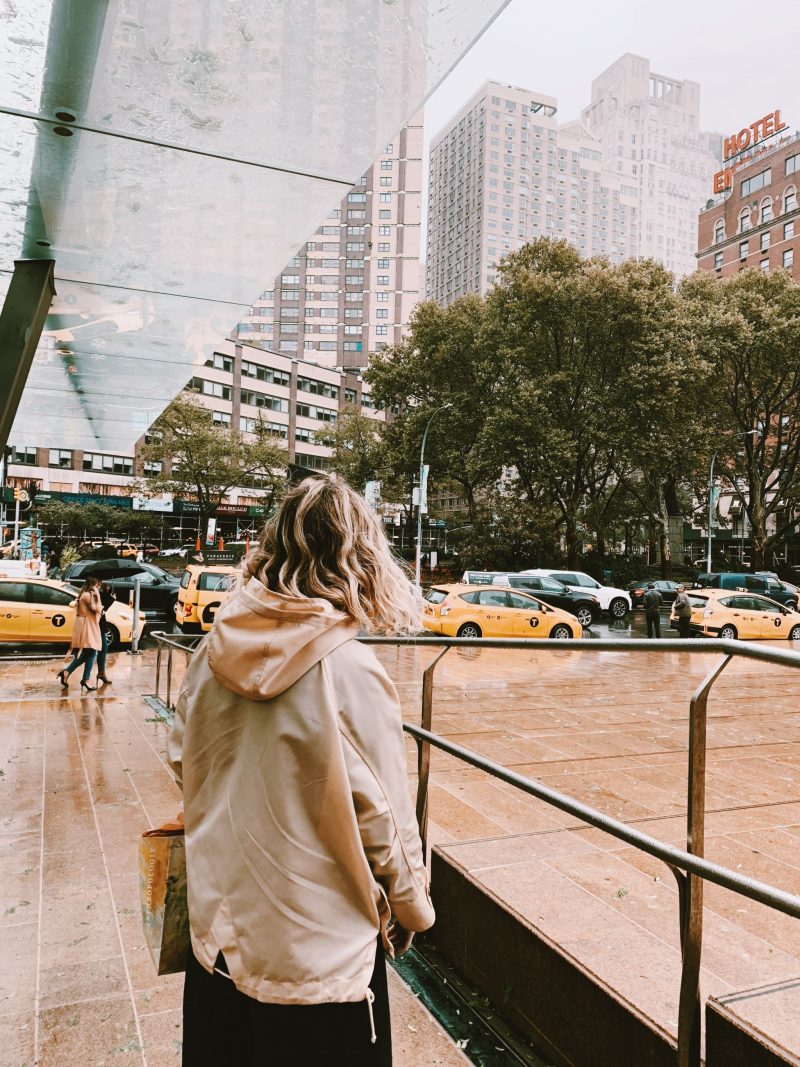 A few days after I turned 21 in late September, I started a blog post. I filled it with photos from my birthday weekend, smiling with friends, listening to live music, but never posted it. I was about a month into a stressful semester at the time. If I looked closely, behind one photo was a stomach ache. Another hid juvenile disappointment that I couldn’t be out too late because I had to wake up early for a class project. Behind another, I could see annoyance because even though it was my birthday, it was also a Friday, which meant that after grinding all day and night during each day of the week, what I actually wanted was sleep, not vodka sodas. I felt the familiar feeling when you’ve hyped something up, which is that every little thing that isn’t perfect is disappointing.

But I ended up having a nice birthday. The kind in which all of my friends and family show up, I got to go to all of the places you want to. I finally (finally!!) had an ID that could get me into anywhere I wanted to go, or just get me a glass of wine with dinner. I was so excited.

What I wasn’t prepared for was the months-long (still happening, really) existential crisis that followed.

I remembered joking around with a friend in class that turning 21 launched me into an existential crisis. I thought saying it out loud would dispel it and flash its stupidity. I was never the kind of person to take birthdays too seriously. And, I was 21! How selfish to feel this way when I was barely not a teenager anymore. How would I feel when I turned an age that actually started to sound kind of old?

But it was precisely everything I was excited for — being able to go anywhere I wanted to, drink without hiding it, hopefully to be taken at least a little bit more seriously by adults — that I ended up freaking out about. All of a sudden, I wasn’t “not even old enough to drink” anymore. I hadn’t been “not old enough to vote” for a while. It’s been a minute since I was “not old enough to drive” but all of a sudden it felt like the “not old enoughs” I’d been experiencing (exasperatedly) my whole life, were gone. I was old enough. I have a real job, albeit part-time. I could attend happy hours. I haven’t yet graduated, but damn, I’m close.

Waves of nostalgia I’d become accustomed to became tsunamis. I reminisce all the time, about memories from six months ago, 17 years ago, or just a couple years ago. My mind races at night, nearly every night, about how fast time is going. Holidays haven’t been as fun because each is just a painful reminder that the last one didn’t happen that long ago. A lot of my conversation topics begin or end with, “that doesn’t feel like that long ago!” Each wave is an obsessive-compulsive math equation in which I figure out precisely how much time I have and how fast it will go.

Maybe this is what getting older feels like. Or maturing. Or both.

Of all the life experiences that youth are unprepared for, handling aging has to be up there on the list. It happens to every single one of us, at the same rate, yet we hardly talk about it at length, only in passing jokes. Hallmark cards depicting old, alcoholic cartoon women in bathing suits address aging better than people in real life.

Maybe it’s a symbol of happiness. You wouldn’t mourn a life you’re not happy with, right?

I think this existential crisis, as I dramatically like to call it, is actually something else. In the past few years, I’ve lived on my own, learned more about how the world works, learned what it’s like to miss people since I don’t go home to my family each night, and even made major life decisions, like going all in on a career path. Essentially, I’ve been doing the whole growing up thing, or “adulting.” And until I actually turned an age that reflected that, the age I could really be an adult, I didn’t think of any of this like that. I viewed myself as a kid.

Age is a number. But I have grown up in the years between “old enough to drive” and “old enough to drink.” And now, I’m learning to appreciate what I have, and understand that I won’t have any of this forever. Something I think I needed to grow up more to learn, or at least internalize. I wish I could think about it a little less often, but at least while it’s on my mind’s forefront, it helps me stop taking things for granted. Inspired by it, I’m trying to take life as it is, and not exhaust myself with trying to make everything perfect all the time. It never is. It can’t be.

And hey, at least now I can struggle over life’s brevity with a glass of prosecco.