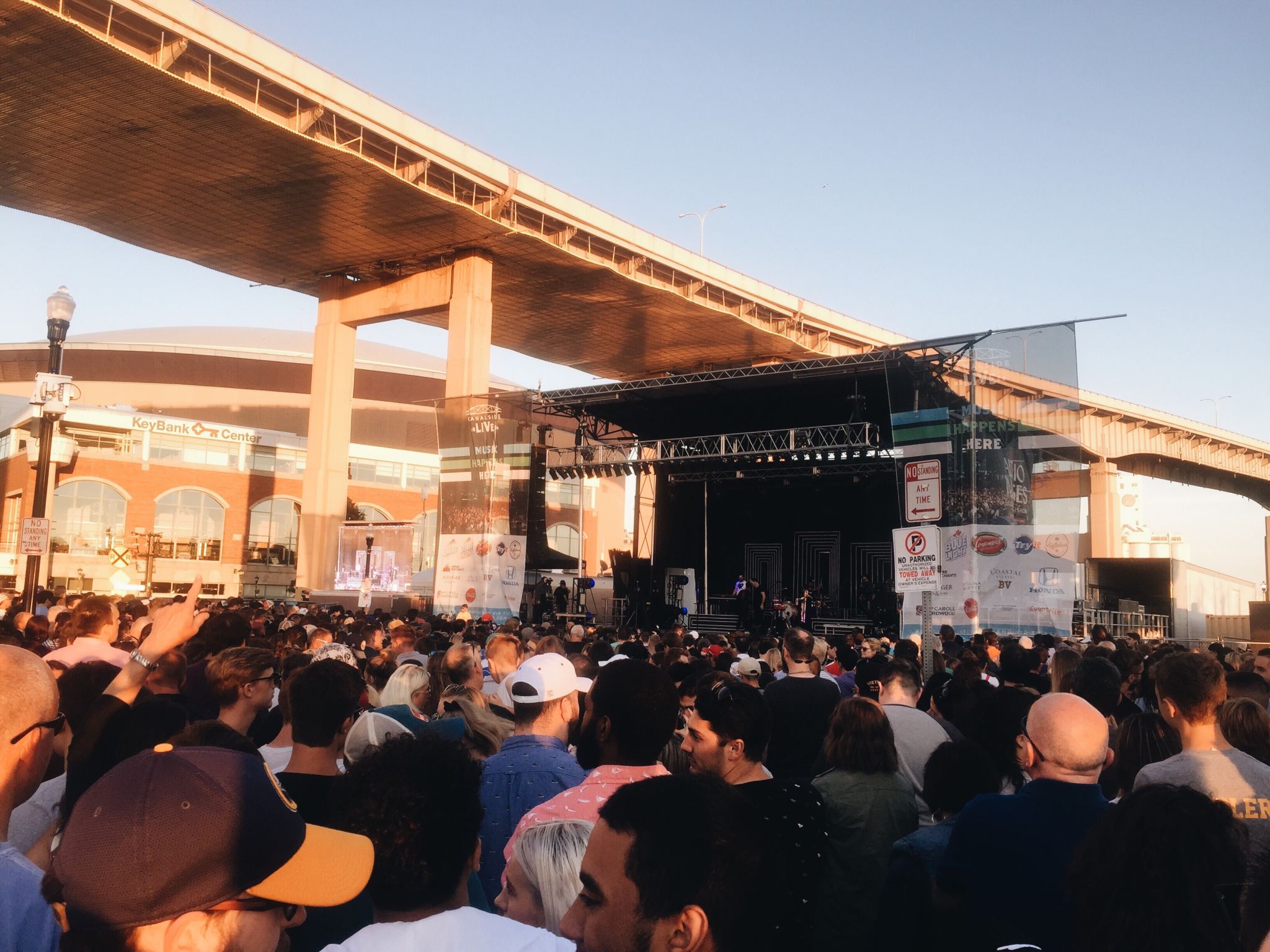 Hints of these smells filled the air downtown, which could only mean one thing: something was happening at Canalside.

Thursday night’s “something” was six-piece, indie-pop, neo-soul group Fitz and the Tantrums. Best known for their almost-too-catchy radio hits like “Handclap,” “The Walker” and “Out of My League,” the band performed to a packed, diverse crowd.

While some were clearly there for the music, a few even donning Fitz band tees, most seemed to be there for the city-wide party with a fairly low cover that is a Thursday night Canalside concert. Whether it was the cloudless sky and universally declared perfect temperatures that brought them out, or the upbeat music that’s hard to hate, people came in droves.

And they had fun. Glancing around the crowd: people were smiling, laughing, dancing, …pretending they knew the words. Children ran around playing tag, hiding behind Canalside’s young trees. Teenagers danced as if it were prom.

Fitz bursted with energy. Noelle Scaggs, percussionist and co-lead singer with a crystal clear voice, was highly effective while pumping the crowd up. She jumped around stage with control, a genuine smile and a well-played tambourine.

Their hits sounded exactly like they do when streaming at home. However, their clear voices were muffled by the sound quality, which sounded more like an audio issue than a problem with the band. The sound didn’t carry far and you had to be close to the stage to hear them well.

Michael Fitzpatrick, lead vocalist, proudly exclaimed they’ve played in Buffalo multiple times. One time being a free Thursday at the Square show in 2012.

Buffalo shone for Fitz and the Tantrums. As the sun set in hues of cobalt blue and tangerine orange over the harbor and the twinkle lights on the Naval Park illuminated the background, the city looked alive. Two truths were proven by the end of the night: A five dollar Canalside concert is really just one big party, and no one appreciates summer like a Buffalonian.