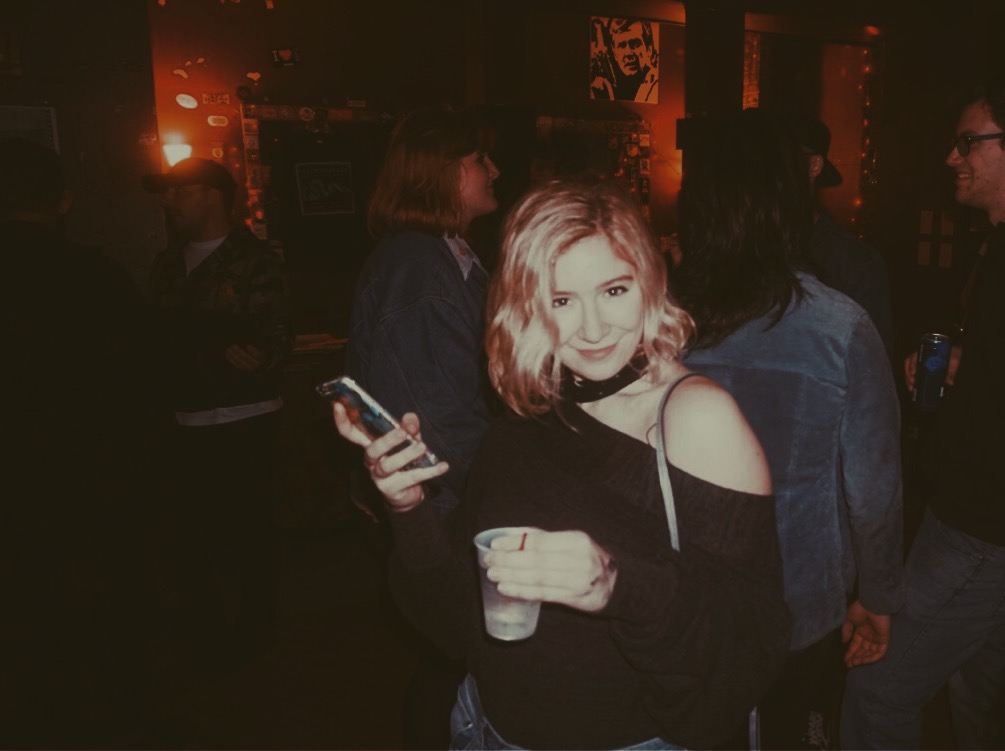 I find this photo of me making a quasi-creepy face and sipping on a water that looks like it probably isn’t a water while at a show of a band I didn’t really know but would like to listen to more while also starting the first day of antibiotics and feeling kinda shitty (deep breath) an entertaining one to accompany this post. It has a backstory.

I’ve always had a hard time telling if I’m weird or if everyone feels this way. But guess what, that’s what memes are for!

Remember those Facebook pages circa 2009? The ones that were like “I like to dip bread in the pickle juice at the bottom of the jar” and everyone who also liked to do that “liked” it. And on your profile, all the 500 pages that weren’t really pages — there was no content — but were just one-liner relatable jokes appeared, and when you visited your crush’s page for the tenth time that day and saw him and 5,000 other people (not that many people used Facebook back then, or probably dipped bread in pickle juice because that’s a little weird) liked it you exclaimed “I’m not alone!”

Those were the original memes.

Fast forward to now and memes look better. Those Facebook pages were highly inconvenient to read and find. Plus, to make one joke, you had to create a whole page. Now. memes have a name. I don’t remember exactly when memes got a name but now that name encompasses not only the “pictures with words on them” as I used to eloquently call them but also the famous Twitter joke formulas.

What memes do first and foremost is make you feel like you’re not alone. Comments like “I’ve always thought that!” or “Oh my god that’s so true” are posted millions of times a day, memes are DM’d to friends with captions like “you.”

We get each other.

So it’s easier these days to understand that you’re not as weird as you think you are, probably a lot of people feel similar ways about things as you do. Maybe not the immediate people you’re around, always, but somewhere, they’re out there, and they genuinely think Amy Schumer is funny too. Somewhere, out there in the perilous jungle that is the Facebook comments section, social justice warriors are furiously typing away quickly-thought-out-sometimes-unfortunately-grammatically-incorrect theses on how it’s not okay to say women aren’t funny anymore and just because you don’t find Any Schumer as hot as apparently, she needs to be for you to be able to listen to her speak, doesn’t mean she isn’t funny to a lot of people, and you, sir, don’t get to decide what funny is and what funny isn’t, especially when your profile picture is a blurry photo of a cloud. I often wonder if serial Facebook fighters (the good ones) should deserve to write that on their resume under volunteer service. They’re helping someone out there and all they have to show for it is 1,000 comment likes and a bunch of dudes filling up their notifications with poorly written yet weirdly passionate arguments about how it’s not sexist to think girls aren’t funny.

Our inner struggles are unique to each of us but since we all live in similar societies with similar expectations, they can’t be all that different. (And memes show us this.) Some of our battles solve themselves after we grow up a bit, gain some more experience and confidence and hopefully, we win them and are able to tuck them away in the corners of our mental attic or abolish them completely. But some of them culminate inside, resurfacing on every anxiety-ridden day just to pick a fight with you.

Appearances are strange because they’re something we work so hard to cultivate, whether we know it or not, yet trap ourselves with. Growing up, I was the kind of kid who changed all the time. I was never the “blank” girl. Well, actually I was the “blank” girl all the time, but the blank was constantly being filled in and scratched out then filled in again, followed by echoes of “You never used to like that!” Sometimes I was the Harry Potter girl, sometimes I was the fashion girl, or the nerd girl, or the sports girl, (never that one for long ) or some other label before I shed it and decided to take interest in something else. Sometimes the interest comes back and sometimes it gets phased out. And isn’t that what life is about? Trying things.

There is so much out there to explore. Music, art, writings, places, foods, hobbies, talents, jobs — life is bursting with different paths we could take and only a couple handfuls of decades to experience them. If you want to change something or be some way, just do it.

People grow out of friendships and relationships for many reasons, but I have a theory that at the base of all those reasons is one person in the pair couldn’t accept change. Nothing is more trapping than being held to other peoples’ opinions of how you should be, when you are everchanging and constantly testing things by the minute.

I challenge you, whoever reads my weird little blog, to take a phrase (ideology, really) out of your vocabulary: “You never used to ____.” Unless, of course, the new behavior is abusive in any way, then run. But to be a better friend, family member, partner, you need to accept another person’s change. Allow and encourage changes in interests and new passions and ideas. I have been a few different people throughout my little 20-year-old life, some of them I liked more than others and I’ll grow into many more. At times, like now, I’ve been happy, doing things I want to be doing with people I want to be doing them with, and other times I’ve been depressed and unmotivated, trapped in a life I didn’t know exactly when I signed up for. But it’s all been solved with some good old-fashioned change.

And maybe a meme or two — to know I’m not alone. 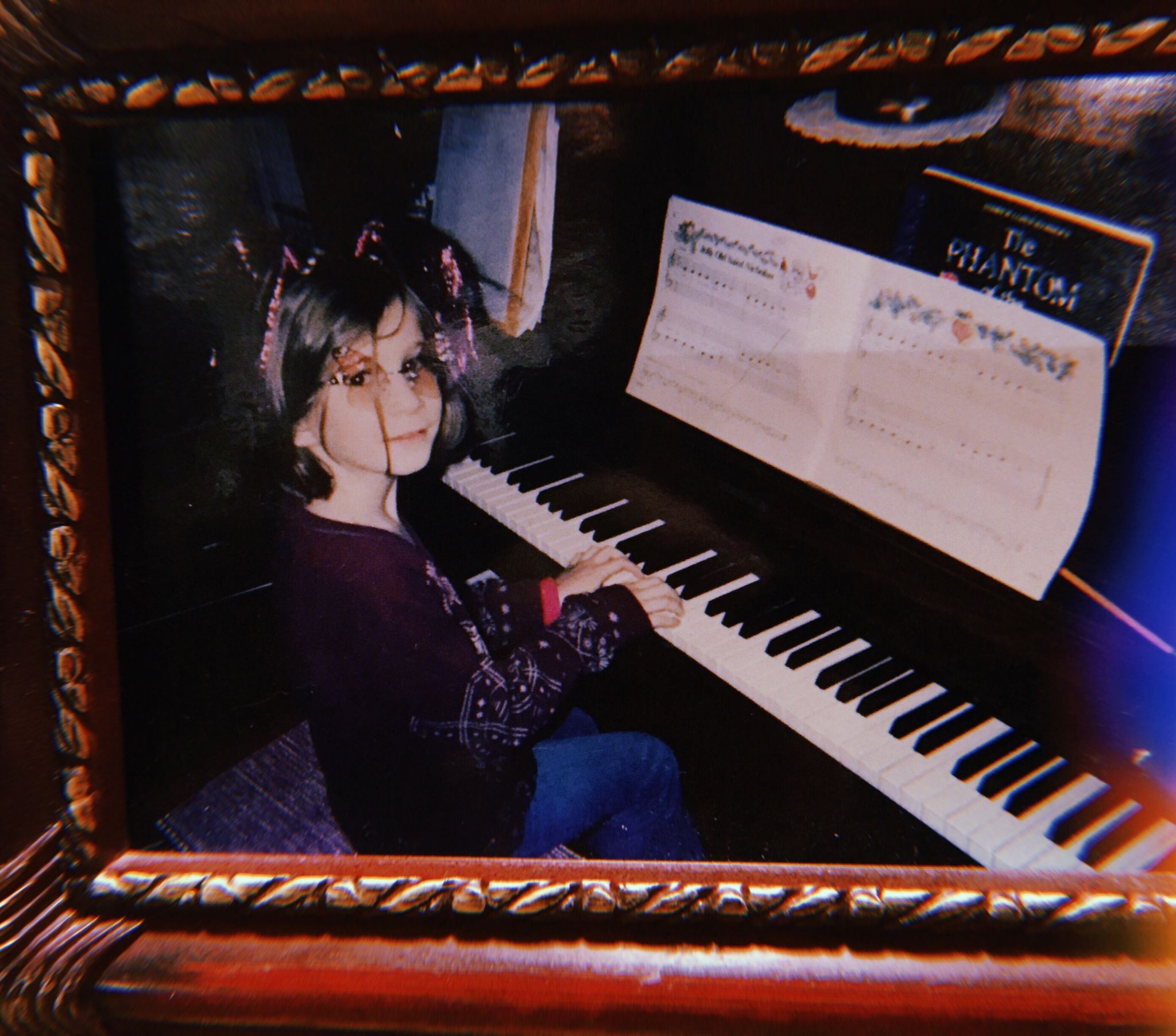 And I find this photo of me looking not all that different but a little over ten years younger being equal amounts of weird an even better way to end it.