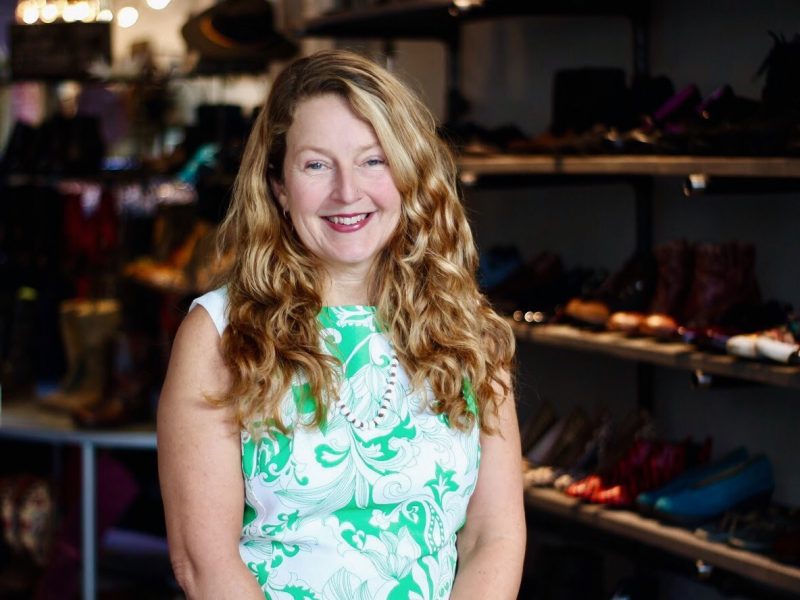 Annie Adams, owner of Second Chic, poses for a photo inside her Elmwood location.

With a minivan full of Goodwill clothes and years of experience in retail under her belt, Annie Adams fulfilled her longtime dream of owning her own business and opened Second Chic.

Adams, a mother of two, dressed head to toe in vintage clothing with lush, long curly hair, is exactly the kind of person you would picture owning a line of Buffalo’s trendy thrift shops.

Second Chic storefronts are unlike most consignment shops– they don’t feel stuffy or like an over-priced Goodwill. The decorations are unique and on-trend, and immediately make the shopper feel like they’ve stumbled upon one of Buffalo’s hidden gems. Each member of her friendly staff wears eclectic, stylish outfits with secondhand and vintage pieces mixed in, inspiring shoppers to look as fashionable as they do. 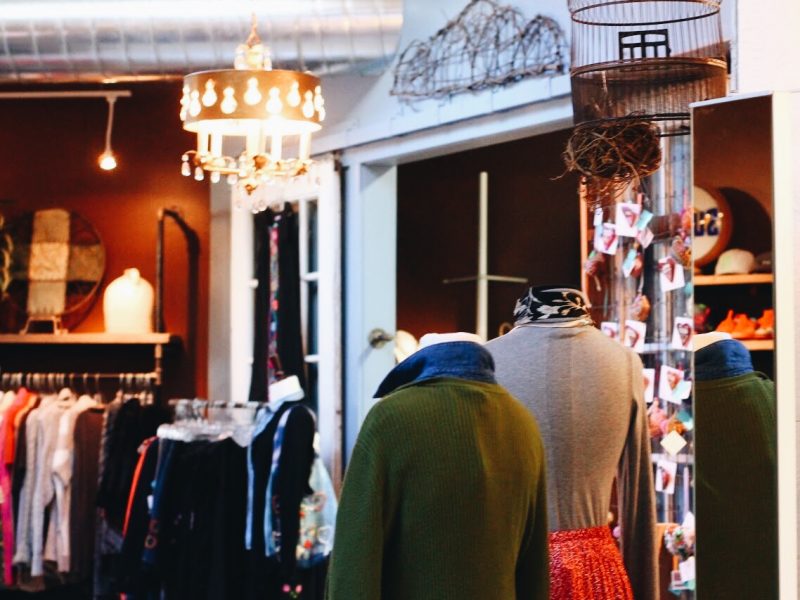 A look inside her Elmwood storefront.

With an art degree from Maine College of Art and extensive experience in retail and business, Adams began Second Chic. At first, she had no idea or expectations of how it would expand.

“It was 400 square feet to start,” Adams said. “It just started to fill a space and– not really thinking it would turn into a business like this.”

Adams has owned the building at Second Chic’s Elmwood location for a long time, and the building has seen its fair share of businesses. At one point, Adams hosted nine businesses in the building, with everything from her own jewelry store to art galleries to even a science museum.

She was having a hard time finding something to occupy the space when her sister, who ran a Goodwill in Florida, had the million-dollar idea– “Why don’t you open a consignment store?”

“I literally went down (to Florida) on February break with my husband and my kids in our minivan at the time and we went to a Goodwill,” Adams said. “It was a half-off day.”

“I spent $1200…and brought it back and started the store,” Adams said. 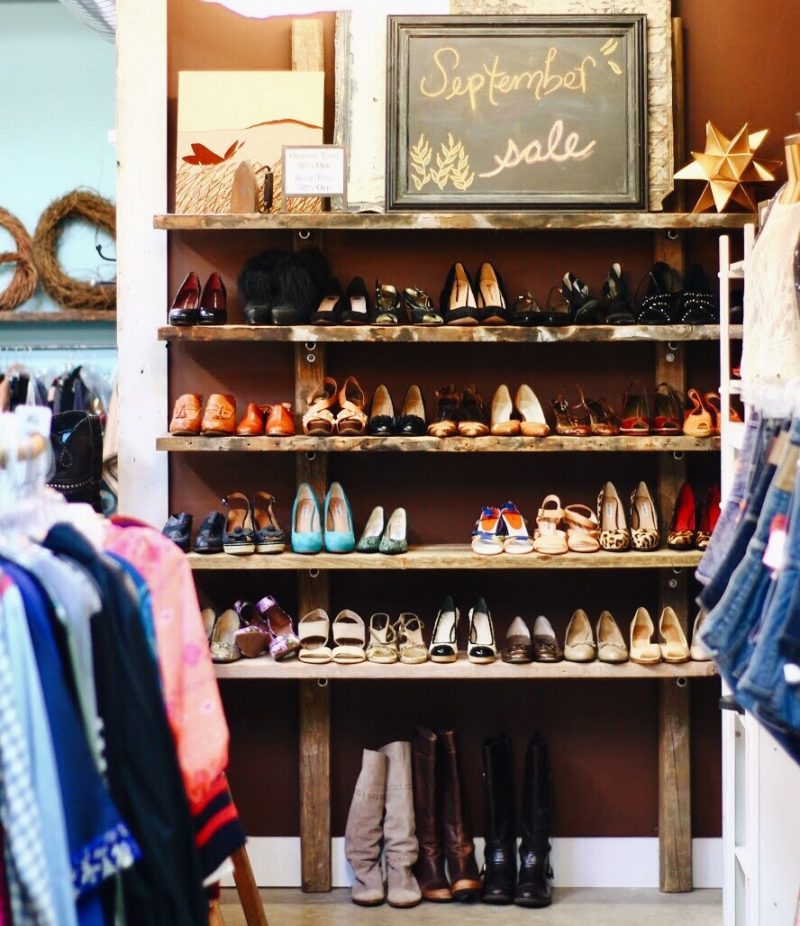 How has the journey been since their initial Goodwill road trip?

“It’s been great. We grew out of that little space very quickly and there was a hallway here so we expanded out into the hall,” Adams said. “We just started expanding and taking over more space and adding dressing rooms and it just kept growing because more and more people love thrifting.”

Just as it started, Second Chic has always been a family affair. Her daughter, Lucy, works at the location in Williamsville and according to Adams “is a really great salesperson.” Her other daughter, Flora, is a model and walks in their shows, including the most recent Queen City Fashion Week.

For her kids “it’s like a big revolving closet.”

“They just have a big account where they just continually drop stuff off and then rebuy and drop and buy,” Adams said, gesturing to the back. “I guess there are bags of stuff here now that they brought in… It’s fun, being able to shop together.” 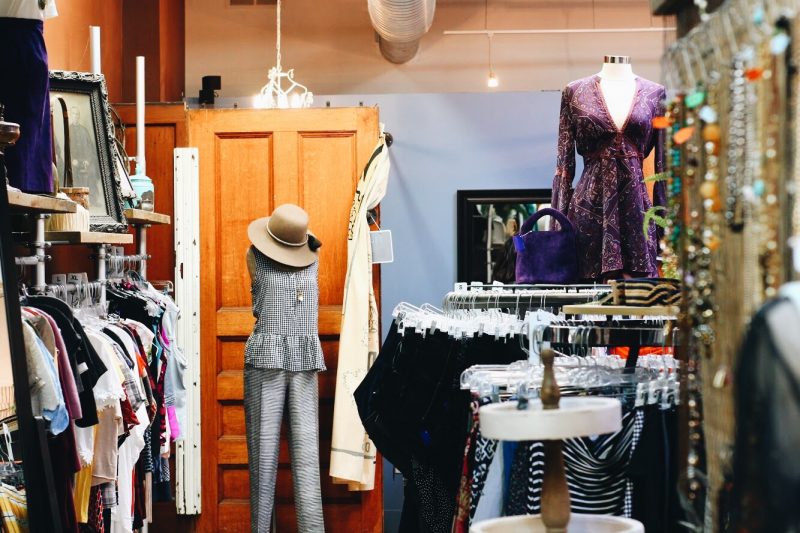 Adams has always had a vision of how she wanted her dream store to be. She pictured an expansive house with each room would feature different items and garments. There would be couches and fitting rooms and a new kind of shopping experience.

“It’s very, very different from my vision,” Adams said, laughing. “But honestly it’s so cool… People bring the stuff to us. I don’t have to go, like any other store around here, they have to go to New York and pick out their clothes… People just walk in the door with the good stuff.”

“The most rewarding thing is when I’m somewhere and people are like ‘oh my god I went into your store and I got treated so amazingly, your staff is great, your clothes are great. I left with bags full of stuff,’” Adams said. “Those are the moments that make me feel so happy and proud because these guys are amazing they do such a good job.” 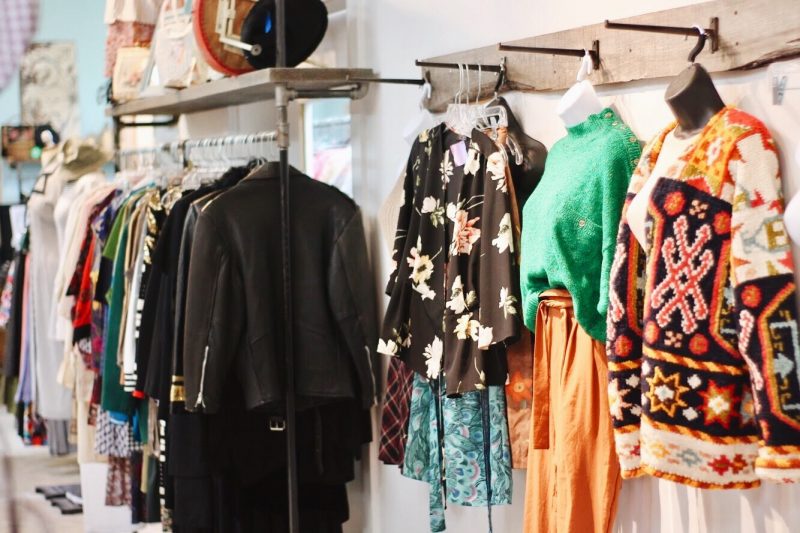 Mannequins at Second Chic are constantly getting wardrobe changes by employees.

Dakota Follis-Ziarco has been working at Second Chic for three years and describes the experience as “amazing.” She not only works on the retail side of it but is also in charge of creative aspects, like the styling for fashion shows. She went to college for fashion textile technology but really didn’t think she would end up working in fashion– until she got an opportunity with Adams.

“She makes people feel really special,” Follis-Ziarco said. “The way she interacts with customers made me view retail in a very different light. She treats them like family.”

Follis-Ziarco raves about Adams, describing her as “strong, empowering and creative.”

“She really cares about her employees. She is always supportive of everything we want to do or ideas we have,” Follis-Ziarco said. “[She’s] just a really great woman to work with.”

What does Adams do when she’s not running from store to store, running her mini thrift shop empire? Playing with her three-month-old pug puppy, Henry.

“He’s so darn cute, he’s all of my Instagram pics all the time,” Adams said. 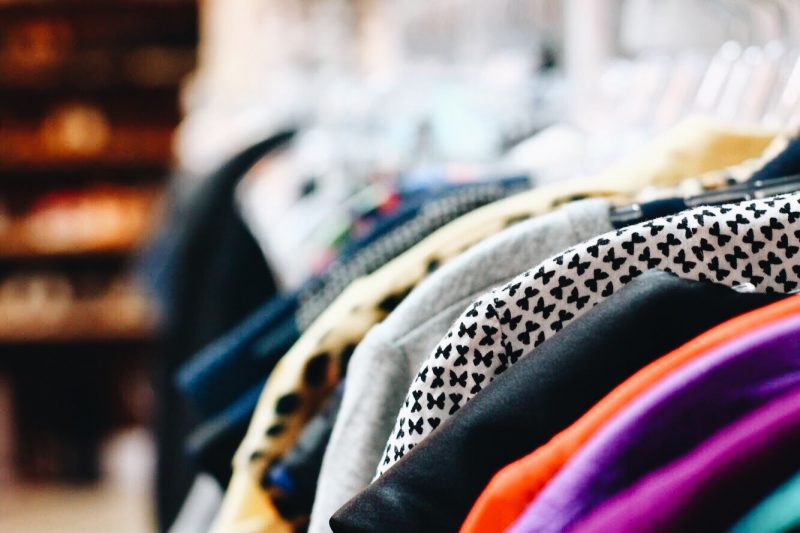