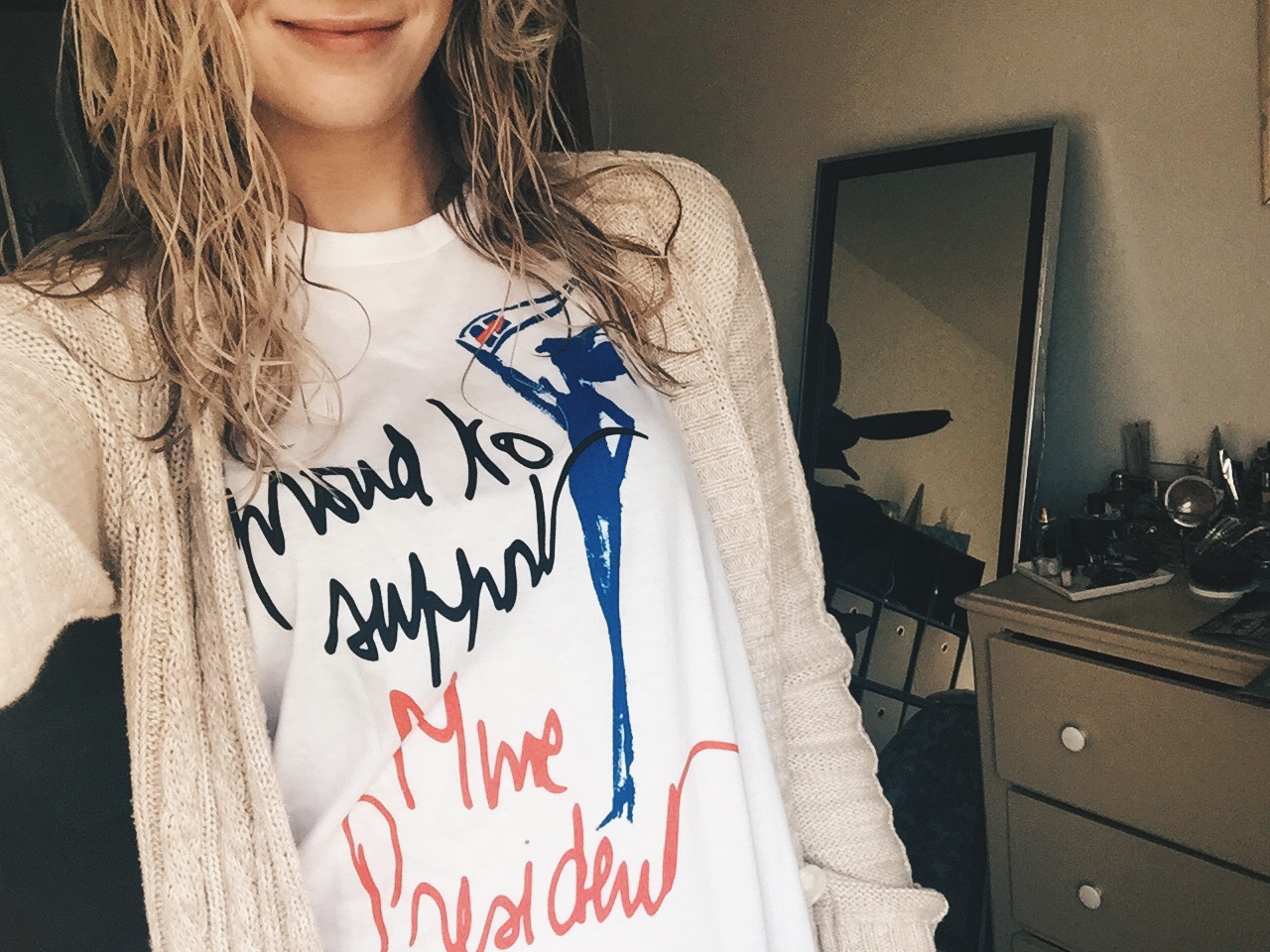 “No matter what happens, the sun will rise in the morning.” President Barack Obama

I’m sure most of you are sick of reading/hearing about the election by now. It’s been shoved in our faces for the past year and a half, and now that there is an outcome you’re hoping this is the end. And I’m sick of hearing about it too. I’ve always loved politics, have taken several classes on it in college, but even this year has been too much for me. However, since I woke up this morning and read the results, I’ve had tears in my eyes and a pit in my stomach, and I just wanted to share a note of my thoughts.

I’ve been an avid Hillary Clinton supporter since she announced her campaign, and I’ve been following along the whole way. She was qualified, experienced, strong, caring and everything I looked for in a leader. Not to mention she made me so damn proud that a woman could shatter the glass ceiling and make it to the highest form of office in our nation! She cares about many issues that I hold so dearly. It hurt me to see people compare her as a “lesser of two evils” and sink this qualified woman down to the level of Donald Trump. Hillary has been a role model and an inspiration to me and this outcome has been hard to swallow to say the least. Normally I would keep politics out of my blog, but I don’t think this race was about politics. For me, this race was hate vs. policies. Where Hillary came swinging with policies and plans of action, it was met with lies and hateful slurs.

A healthy two-party system is necessary for the well-being of this democracy. We need different opinions, arguments, and passion from people on all sides of the political spectrum. We need checks and balances and compromise. Hate, however, should never be on the ticket. When a campaign is fueled by unjustified anger and hatred instead of policies, there is a major problem.

I accept the outcome of this election, just like Clinton and Obama did with such grace. However, the messages Clinton has inspired will still resonate with me. As long as this battle will be about racism and sexism vs. love and equality, then I will fight. Because I believe in a nation with equal rights in legislature, business and culture. Love trumps hate and I will always be with her.